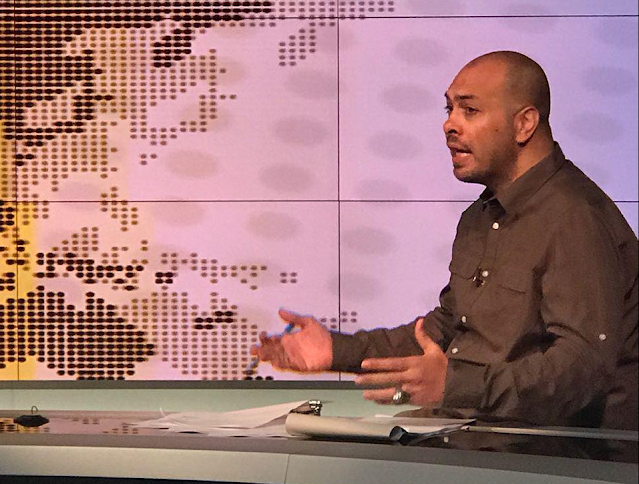 The Zionist movement falsified history by claiming that the Jews of the West and Russia, immigrants to the settlements, are ethnically and religiously pure, in order to be able to promote their immigration to the settlement that is called Israel.

Note that all of Israel is a "settlement."

It was difficult for the Zionist movement to convince the Jews of the East of the Zionist ideology, because they were living In the Arab and Islamic East, in safety and reassurance, in addition to the purity of their biblical beliefs in which are difficult to introduce Zionist thought easily.

That's very amusing, since practically all of those Jews who lives in "safety and reassurance" in the Arab world were ethnically cleansed by their friendly neighbors - and the majority decided to go to Israel for some reason.

The Zionist movement has resorted, since its inception, to falsify the historical narrative and create facts that prove that the Western Jews and Russians immigrating from Western Europe and Russia to Palestine, that they are pure Jews by race and belief.

This genius thinks that Ashkenazic Jews didn't consider themselves to be Jewish - until the Zionist convinced them that they were!

Many historical accounts, most notably the thesis of the Egyptian thinker Jamal Hamdan in "The Anthropological Jews" confirm that the Jewish immigrants from the West and Russia are Jews from the Tatar Khazars and have nothing to do with the Jewish race, which belongs to the descendants of the Prophet Jacob and his eleven tribes.

Eleven tribes?
Khadra then castigates the Arab world for not doing enough to expose these facts to the world.
The author, who lives in Gaza, appears to be a researcher for the Cairo-based Arab Democratic Center for Strategic, Political and Economic Studies.
The Khazar myth is similar to Holocaust denial, denying that Jews are a people and denying that Jews have ever had any connection to Jerusalem - all popular Arab antisemitic theories that masquerade as historic debate. With the exception of Holocaust denial, none of them are covered in the definitions of antisemitism by the IHRA or its opponents, which is a significant gap in those definitions.