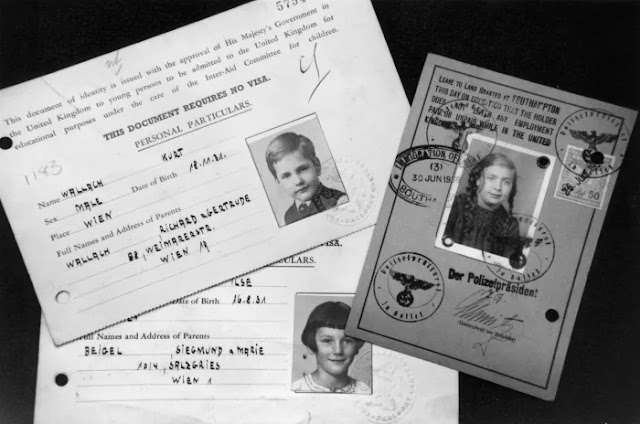 Many in the UK like to celebrate the Kindertransport - the initiative to save some 10,000 Jewish children from Europe after Kristallnacht.
The reality is a bit more complicated.
The UK refused to spend a penny to help the children and insisted that they all get sponsors to pay significant sums for them. Parents and adult siblings were of course not allowed to come. And the ones that were allowed to come to England were the ones who didn't look Jewish, with no health issues, and who were not religious, so they could work and assimilate.
Within hours of Germany invading Poland, the British Home Office stopped all transfers of children - even the ones already en route, as we can see from this heartbreakingly cruel letter. 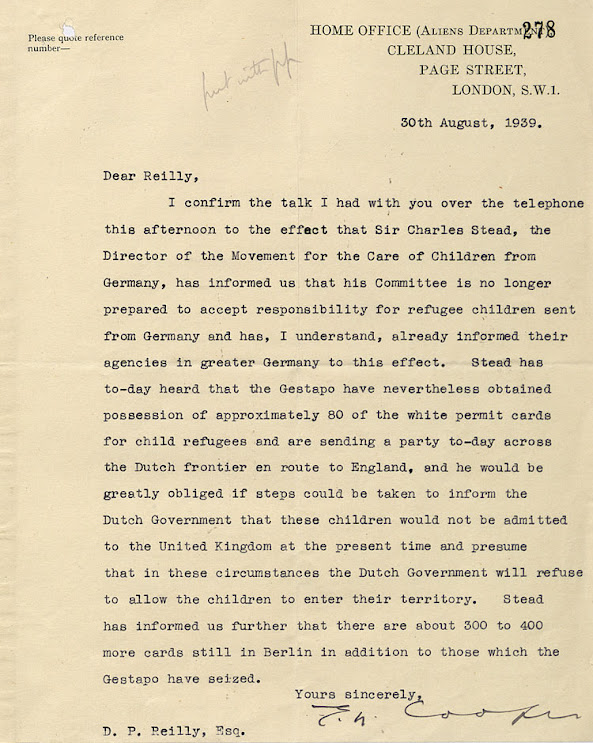 The ten thousand who were saved were saved very reluctantly and most were used as child labor. Their lives were saved but it was not quite as altruistic as it sounds.
The BBC just published an extensive report on a Nazi war criminal who hid in England for decades after the war. In the middle of the article we see this detail:

As many as 50,000 Nazi collaborators infiltrated Polish forces in the later stages of World War Two, historian Martin Dean, who worked on the government inquiry and for the Metropolitan Police’s War Crimes Unit, says.
About a third of them ended up in the UK.

This means that over 15,000 Nazi sympathizers ended up sheltering - and hiding - in the UK after the war.
The British ended up sheltering far more Nazi sympathizers after the war than Jewish children before the war.
The Jewish children were vetted to make sure they were the "right" kind of Jews before being admitted. The Nazis seem to have had a far easier time to enter the UK and live out their years than the Jewish children did.
It is a small detail, but it points to the larger issue of how little the world cared about Jews.
Elder of Ziyon at Wednesday, March 24, 2021
‹
›
Home
View web version