White House press secretary cannot say that Israel is a US ally. This is very bad. 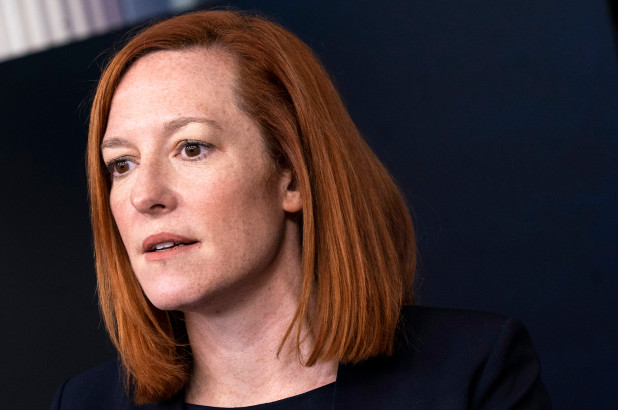 This is very, very concerning:

WOW: @PressSec refuses to say that Israel is an American ally.

There is literally no excuse for this. And might explain why Biden hasn't called Netanyahu yet. pic.twitter.com/EfMJNN9Ssh

White House Press Secretary Jen Psaki gave a vague, rambling answer Friday when asked at a briefing to reporters whether the Biden administration considers Saudi Arabia and Israel to be “important allies.”
“Can you please just give us a broad sense of what the administration is trying to achieve in the Middle East?” a reporter asked — in follow-up to an earlier question asking why President Biden has yet to call Israeli Prime Minister Benjamin Netanyahu.
“For example,” the reporter asked, “does the administration still consider the Saudis and the Israelis important allies?
Rather than saying simply, “Yes,” Psaki gave this answer, according to a White House transcript of the late-afternoon briefing.
“Well, you know, again, I think we — there are ongoing processes and internal interagency processes — one that we, I think, confirmed an interagency meeting just last week — to discuss a range of issues in the Middle East.
“We’re — we’ve only been here three and a half weeks, and I think I’m going to let those policy processes see themselves through before we give, kind of, a complete laydown of what our national security approaches will be to a range of issues,” she added.

On two consecutive days, Psaki said that the US has an important relationship with Israel. On Thursday:

The President looks forward to speaking with Prime Minister Netanyahu.  He’s obviously somebody that he has a longstanding relationship with.  And obviously there’s a important relationship that the United States has with Israel on the security front and as a key partner in the region

I don't think that it is a big deal that Biden hasn't called Netanyahu, but the inability to say that Israel is an ally is mind-boggling. Even if she didn't want to answer the same question about Saudi Arabia so she avoided answering about Israel, it is a big deal, because this points to Biden as being the third term of Obama, and the idea that the White House believes that a tilt towards Iran and away from US allies is a good idea is a very bad harbinger for the next four years.
Note also that even President Obama had no problem saying that the US was a strong ally of Israel.
I fully expect Psaki to walk this back on Monday but that will be looked upon as firefighting, not policy.
Elder of Ziyon at Saturday, February 13, 2021
‹
›
Home
View web version