American Jews Voted for This: The Story of a Nation, Amcha (Judean Rose) 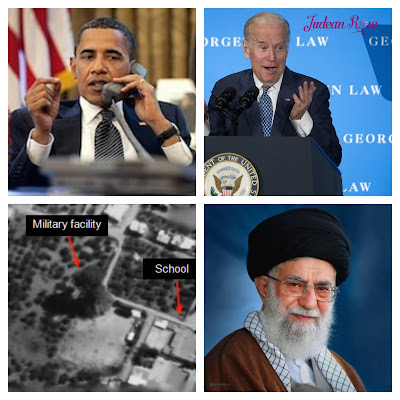 “American Jews voted for this,” is something I’ve taken to writing as a preface to every article I share on social media detailing the ways in which the Biden administration is bad for America, for Israel, and for the free world at large. I do this, in part, because I am angry. Angry at this betrayal of brother for brother, prioritizing hatred of the Orange Man over the welfare of the Jewish State. Angry at this very large subset of Jews who care more about criminals who enter their country illegally than they care about the Jews of far-off Israel. Most of all, I am angry at American Jews for being blind to the threat of Iran that looms over us all, choosing fluffy social justice issues over this major existential threat.

I am angry and I want them to know it. So I tell them, at every chance I get, “American Jews voted for this.”

I’ve pointed my finger and said “American Jews voted for this,” when the Biden administration announced its intention to restore aid to UNRWA, whose schools are hotbeds of incitement that teach Arab children to hate and kill Israeli Jews. UNRWA schools have even been used to house the missile launchers that fire rockets at the one million Jewish civilians of Southern Israel, which includes my children and grandchildren. UNRWA is thoroughly disreputable with serious allegations of corruption at the highest level. But that didn’t stop Biden from appointing former UNRWA official and “Palestinian-American” Maher al-Bitar to be director of the NSC intelligence service.

American Jews voted for this.

“American Jews voted for this,” I said when Biden predictably appointed Robert Malley as US envoy for Iranian affairs. Malley wants to end the sanctions and return to the JCPOA. This wrongheaded policy of appeasement—of making funds available to the cash-strapped mullahs—only hastens Iranian nuclear breakout time.  The appointment of Malley undoes everything the Trump administration did to contain Iran. Yet American Jews voted for Biden even while he promised to reinstate this self-destructive policy—a policy that empowers an enemy sworn to the goal of first obliterating Israel and then the United States.

When the Biden administration rejoined the UN Human Rights Council (UNHRC), something he had promised to do during his campaign, I said it again: American Jews voted for this. The UNHRC is a body made up of representatives from some of the worst human rights-abusing countries, for instance Pakistan, Cuba, Saudi Arabia, China, Indonesia, Venezuela, and Russia. The main purpose of this body of evil is to censure Israel for imaginary infractions, which was the reason President Trump pulled the US out of the council: the UNHRC is clearly antisemitic in its singular focus on and hostility toward the Jewish State.

Last year in fact, the UNHRC published a blacklist of companies it said raised “particular human rights concerns” due only to the location of these businesses in Judea and Samaria, indigenous Jewish territory for thousands of years. A vote for Biden was, in reality, a vote for a return to the UNHRC, an antisemitic body purporting to care about human rights as it looks daily for new ways to punish Israel. American Jews looked the other way, if they looked at all. American Jews voted for this.

The Matter of the Houthis

Then there’s the matter of the Houthis. While the Trump administration imposed sanctions on the Houthis, the Biden administration has already moved to suspend some of these sanctions. That’s because Iran is sending lots of sophisticated weaponry to this Yemen-based militia group and training Houthi militants in their use. And Biden, you see, is loath to upset Iran.

The Trump administration designated the Houthis a terrorist organization. Biden, on the other hand, is reviewing this designation. Antony Blinken, Biden’s secretary of state, said he has “deep concern about the designation” of the Houthis as a terrorist organization. The Biden administration's “review” is part and parcel of a return to the bad old days of the Obama administration and the JCPOA appeasement policy in which America pretends it can mollify the mullahs by funding their nuclear ambitions. American Jews voted for this and it literally makes no sense. It’s suicide.

The Biden administration is, in fact, an extension of the Obama administration’s “abnormal Middle East strategy,” in which enemies are strengthened, and friends are punished. In voting for Biden, American Jews voted for strengthening Iran and punishing Israel. Because that is how much they hate Donald Trump. For hatred of this one man, they threw the Jews of Israel under the bus. They empowered an Iran that promises to wipe out both Israel and America.

To Iran, Israel is only the "Little Satan." The USA is the "Great Satan."

Duss is "Infected with Jew-Hatred"

When rumors emerged that Bernie Sander’s top aide, Matt Duss, was to be hired by the State Department, I said it again: “American Jews voted for this.”

“Duss,” said the Free Beacon, “will join a growing roster of Biden administration hires who have displayed a deep animus toward Israel, promoted boycotts of the Jewish state, and advocated for a Palestinian ‘right of return’ that would destroy the country’s Jewish composition.”

No less than the Simon Wiesenthal Center described Duss as "infected with Jew-hatred.” But American Jews voted for Biden, knowing that Joe would need to placate the influential, far left, Israel-hating wing of the Democratic Party. What better way to do this than to hire far left, Israel-hating hacks to serve in the Biden administration? American Jews voted for this, as well.

When Iran tested a new rocket on February 1, a rocket capable of hitting Britain, I gritted my teeth and thought (and said), “American Jews voted for this.” The rocket launch was an Iranian threat timed to coincide with Biden’s assumption to power. The intent was clear: Iran is telling Biden to lift the sanctions and reinstate the JCPOA. In effect, the mullahs are saying, “Give us money or we will blow some country—Britain or perhaps Israel—to smithereens.”

And of course, Iran knows that Biden is rehiring all the Obama appointees so intimately involved in appeasing Iran the last time around. Iran knows that Biden coming to power is the same as Obama assuming power. The mullahs have already played this game. They know the rules, and how to win—how to get more money to make more weapons. American Jews voted for this, as well.

During the election campaign, Biden promised he would open the PLO mission in Washington. Already, the PA is in talks with the State Department on how to make that happen without the PA having to pay the $650 million it owes after being found guilty in 2015 by a New York jury, for no less than seven terror attacks. A survivor of one of these attacks, Alan Joseph Bauer, described his personal connection to the lawsuit, “In March of 2002, a Palestinian policeman, Muhammed Hasheikah, detonated himself on King George Street in downtown Jerusalem. I had two screws pass through my left arm, and our son, then aged 7, had the head of a Philips screw pass fully through his right brain.”

Biden intends to empower the terrorists responsible for this and countless other abhorrent antisemitic attacks, by reopening the PLO mission. He is, moreover, trying to find a way to do so without making the PLO pay the monies it owes to its victims. American Jews voted for this.

When I met first Dr. Elana Heideman, of the Israel Forever Foundation, she talked to me about the possibility of writing a story for her website. She mentioned that she didn't care whether I was religious, or what my politics might be, all she cared about was whether I had something positive to say about Israel. It was such a simple concept, so sweet and clean.

She explained that the one thing we all shared was a love of Israel. And she told me that once upon a time, Jews in the Old Country had a way of identifying each other. They'd come up to a person and whisper, "Amcha."*

Amcha. A hidden way of asking: "I'm Jewish. Are you? Is it safe to speak?"

By asking, you were declaring your Judaism. And that was a bit of a risk. But it was a good feeling to find others like you in a world that hated your people. You felt warm and safe in the knowledge of that.

What happened to that simple way of showing up for each other, of caring for each other in a world that hates and wants to kill Jews, just because they are Jewish? When did we stop being a part of each others' lives, each others' worlds?

This is what angers me most of all about the American Jewish vote. This lack of connection, the lack of being there for their own kind in a time of crisis. It makes me think that maybe they aren't really Jewish after all, for all their talk about "tikkun olam."

Did Hatred Overrule Their Common Sense?

There is much more to say on this subject than can be contained in a single article. But there is enough here to ask the obvious questions: Did American Jews know the full import of what they were voting for, when they voted for Joe Biden? Did they care? Or did their hatred for the Orange Man and his difficult personality overrule their common sense?

Did American Jews know, when they voted for Biden, that they were prioritizing animus for a single person over being actually complicit in the institutionalized hatred of an entire people: their own, "amcha?" Were they the victims of a media colluding with the left to hide the truth of what all of what a Biden administration would mean to Israel and the Jewish people? I don't see it, because ultimately I believe that every voter is responsible for learning all the facts--for digging deep and discerning the truth. Especially when it affects your people, "amcha."

And so, in order to make things entirely clear to them, I will say it often, and I will say it aloud, “American Jews voted for this. You threw us under the bus, and with us, yourselves."

But maybe I can make them see it now, after the fact. Which is why I will keep saying this mantra and writing these words. “American Jews voted for this."

And I promise you, I will not stop.