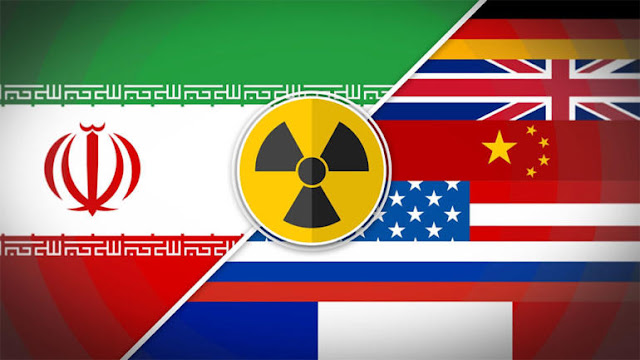 Iran announced today that it had started enriching uranium to 20% levels at the underground Fordow facility, a move that it threatened to do a couple of weeks ago.
This is a further violation of the 2015 JCPOA agreement.
20% enrichment is a small technological step away from the 80% enrichment needed for practical nuclear weapons. It has very few non-military applications.
AP notes:

Iran’s decision comes after its parliament passed a bill, later approved by a constitutional watchdog, aimed at hiking enrichment to pressure Europe into providing sanctions relief. It also serves as pressure ahead of the inauguration of President-elect Joe Biden, who has said he is willing to re-enter the nuclear deal.

Even though the US left the Iran deal because of Iran's violations, the UK, France and Germany remained in the deal.
Iran is now violating the deal by any definition.
Yet there has been no indication that either of those Western European powers are interested in invoking the "snapback" sanctions that the people behind the deal promised would keep Iranian nuclear ambitions in check.
In fact, Iran is so confident that those three nations will do whatever it takes to remain in a deal where one party is unilaterally shredding its key provisions that it is not at all nervous about political consequences of increasing its uranium enrichment. On the contrary - Iran is treating violating the JCPOA as a means to better its negotiating position.
This section of J-Street's FAQ about the JCPOA seems almost quaint in its deliberate naivete:

If Iran is found to be non-compliant, can we trust that the UN will reimpose sanctions?

We don't have to “trust” anyone — it will happen automatically because the United States refused to be party to an agreement without that very assurance. If Iran violates any part of the agreement, the UN Security Council resolution requires that the sanctions snap back unilaterally, provided the US and our EU partners demand that they do. Neither Iran, Russia, nor China could block the snapback of these sanctions. Additionally, the EU and US can snap back their own sanctions at any time if Iran does not meet its commitments. The US will always retain the ability to take whatever steps necessary to protect America’s security and prevent Iran from acquiring a nuclear weapon.

Iran isn't at all worried about the Europeans invoking snapback sanctions in response to its violations of the agreement - on the contrary, Iran fully expects them to bend over backwards to relieve sanctions in response to its violations!
Is there any greater proof that the JCPOA was worthless?
Iran understands the psychology of the liberal West and knows that their aversion to risk allows Iran to run roughshod over them with no fear of consequences.
And now an incoming United States president, who has openly prioritized returning to the JCPOA, is strengthening Iran's position immeasurably.
The US political ability to invoke UN snapback sanctions was weakened by leaving the JCPOA. But the Europeans can do it if they wanted. Iran's uranium enrichment is as clear a reason to do exactly that as one can imagine - it is exactly the type of situation that the JCPOA backers claimed would be a firewall against Iranian nuclear ambitions.
But Iran understands the liberal West very well, and it knows that it can do what it wants with impunity while the spineless Europeans - soon joined by the equally spineless US leaders - will bend to Iran's will.
Instead of the West forcing Iran into compliance, it is reduced to begging for compliance.
We have lots of ideas, but we need more resources to be even more effective. Please donate today to help get the message out and to help defend Israel.
Elder of Ziyon at Monday, January 04, 2021
‹
›
Home
View web version