Jews and Muslims march together in Morocco to celebrate Western Sahara 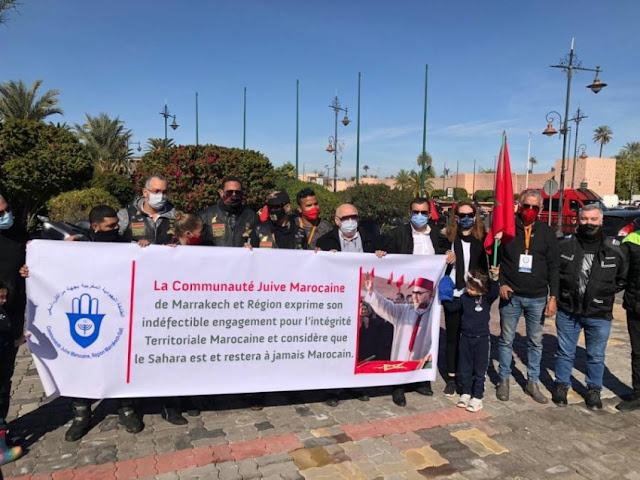 In a new manifestation of coexistence between Muslims and Jews in the Kingdom of Morocco, the city of Marrakesh (in southern Morocco), today, Sunday, witnessed a march in which about 1500 Jews and Muslims participated, aboard hundreds of cars, to celebrate the official recognition of the United States of America of Morocco's sovereignty over the entire region of the Moroccan Sahara.
The march was organized by the "Imma House" association in Marrakesh, in partnership with the Jewish community in the city itself and its environs, as other civil society associations participated.
"The aim of this march is to celebrate the recognition of the United States, the Moroccanness of the Sahara, and the territorial integrity of Morocco," said Maryam Al-Jawawi, president of the Imma House Association, in statements to Al Roeya, which was confirmed by the head of the Jewish community in Marrakesh and its environs, Jackie Kadosh.  He said "the aforementioned process has nothing to do with the decision to resume Moroccan-Israeli relations, which I consider a great decision."
Al-Jawawi explained that "the march was organized on board cars, in respect of precautionary measures to prevent the spread of the Corona virus, and began at 11 am from the Bab al-Jadid area in the city of Marrakesh, with the participation of about 1,500 Moroccan Jews and Muslims, on board about 300 cars and 10 huge motorcycles belonging to the royal cyclists club. They toured the city for an hour and a half, then returned to the starting point, where the imam of a mosque and a Jewish cleric prayed to King Mohammed VI, the royal family, and all the Moroccan people, after which the march activities ended at two thirty in the afternoon." 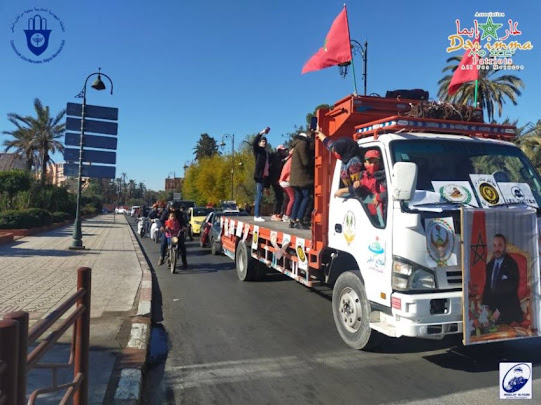 We have lots of ideas, but we need more resources to be even more effective. Please donate today to help get the message out and to help defend Israel.
Elder of Ziyon at Monday, December 21, 2020
‹
›
Home
View web version