Hezbollah financial institution hacked (and not by Israel) 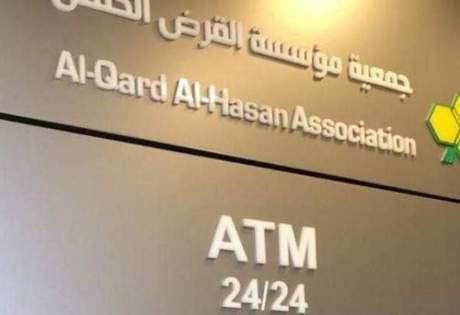 Confusion arose among circles affiliated with Hizbullah after the party’s Al-Qard Al-Hasan financial institution was hacked, despite the institution's assurance the hackers had no access to any of the internal data or account numbers of depositors, the Saudi Asharq el-Awsat reported on Wednesday.
A hacker group called “Spiderz” hacked into the cameras and servers of Hizbullah’s financial institution Al-Qard Al-Hasan, which the party says is a charity association.
The group collected and exposed a name list of borrowers, and published the links to the information on a special page on Twitter, attaching all details related to its customers.
Al-Qard Al-Hassan Association was established by Hizbullah in the 1980s. It was licensed by the Interior Ministry in 1987. It has 32 branches across Lebanon.
The operation came a few months after the association launched an automated teller service in its branches in the southern suburbs of Beirut, the party's center of influence. This encouraged some to place financial deposits in the institution that is not subject to the Lebanese banking system.

Oh, that's good to know - Hezbollah has its own banks with ATMs that they call "charity associations"  and which bypass Lebanon's banking laws.

Nothing sketchy about that.

Al Arabiya fills in some blanks about it:

The NGO, whose name in Arabic translates to “benevolent loan,” is not a bank, nor a financial institution, and is not subject to the Lebanese monetary and credit law. It has no legal or financial relationship with the Central Bank of Lebanon.

Yet, Al-Qard al-Hasan is considered one of the most prominent economic pillars of Hezbollah. It is managed outside the Lebanese economic banking system and is not subject to the Lebanese “cash and credit” law.

To more than 200 thousand borrowers, the institution gives financial loans in dollars in exchange for mortgaging gold or placing similar amounts in value.

Earlier this year, Al-Qard al-Hassan installed multiple ATMs in areas controlled by Hezbollah in the southern suburbs of Beirut, in a clear violation of Lebanon’s fiscal law.

The ATMs allow those who receive direct payments from Hezbollah, and those who benefit from the institution’s loans, to withdraw cash in either Lebanese lira or US dollars without any restrictions.

If these hackers got in, I hope that Israel has infiltrated the bank much more thoroughly.

We have lots of ideas, but we need more resources to be even more effective. Please donate today to help get the message out and to help defend Israel.
Elder of Ziyon at Thursday, December 31, 2020
‹
›
Home
View web version