Sudanese ministers argue whether recognizing Israel is legal yet

There seems to be a disagreement between Sudan's Foreign Ministry and its Justice Ministry over the legality of the government recognizing Israel.
The Sudanese Foreign Minister-designate Omar Qamar al-Din said that ratification of the decision to normalize relations with Israel requires the approval of the Legislative Council. Not that he is against the idea; he said that peace would provide many opportunities for Sudan. 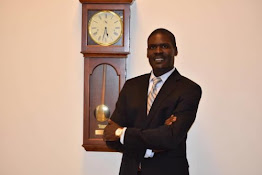 At the same time,  Sudanese Minister of Justice, Nasreddin Abdel-Bari said that the transitional government has a mandate to establish relations with Israel in order to achieve Sudan's interests, saying "the transitional government is authorized by the constitutional document to administer foreign policy in balance and independently, and according to the interests of the Sudanese, which change with changing times and circumstances."
Both Ministries cited the interim constitution in support of their positions.
Meanwhile, opposition parties including the Communist party, a Nasserite party, the Islamist "Reform Now" party and a Baathist party announced their opposition to the peace plan.
We have lots of ideas, but we need more resources to be even more effective. Please donate today to help get the message out and to help defend Israel.
Elder of Ziyon at Sunday, October 25, 2020
‹
›
Home
View web version