The Tehran Times, which is the "voice of the Islamic revolution," has an article titled “'New world order pledged to Jews' 80 years ago."
The opening paragraph:

Most Zionist diplomacy takes place in secret, through corruption and blackmail (euphemistically called “lobbying”). But sometimes it is deemed appropriate that some statement be written down by some government representative in support of Zionism. The Goyim who write these statements may think them of little consequence, but Zionists know very well how to capitalize on them. 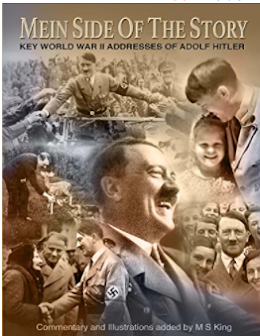 Yes, we have an antisemitic writer here. He gives credit to someone who had written a book called "Mein Side of the Story."
In case you are interested, the main part of the story is based on a forgotten 1940 letter written by Arthur Greenwood, member without portfolio in the British War Cabinet, who wrote to the Jews of the United States that when victory was achieved an effort would be made to create a new world order based on the ideals of "justice and peace." The letter was meaningless - after all, Great Britain did all it could to block a Jewish state - but the words "new world order" make some people go crazy.
Iranian English-language media is one of the few places you can see neo-Nazi literature accepted as normal journalism - and the only reason is that the Iranians and neo-Nazis share a hate of Israel.
We have lots of ideas, but we need more resources to be even more effective. Please donate today to help get the message out and to help defend Israel.
Elder of Ziyon at Monday, September 21, 2020
‹
›
Home
View web version