Iran's anger at Bahrain goes from whiny to threatening

The Islamic Development Organization sounds like a pan-Islamic NGO but it is in fact a mouthpiece of Iran's Supreme Leader.
Here was its whining reaction to the Bahrain/Israel deal, highlighting how much they are appealing to the honor/shame dynamic:

After accepting humiliation by the United Arab Emirates (UAE) government, now accepting the humiliation of compromise by Bahraini government in diverting the world's public opinion from the first issue of the Islamic world and normalizing relations with the child-killing Israeli regime is a clear betrayal that will never diminish the determination and resistance of nations of the Islamic world. Relying upon the assistance of the Almighty God, we will soon witness the liberation of the occupied lands and territories as well as Al-Quds by the Palestinian people.
With this humiliating compromise, Bahraini rulers should know that allowing Zionist regime to step its foot in the Persian Gulf region will not be a simple issue and not only this irrational act will not lead to the spread of peace and security but also will lead to growing insecurity and instability in the region.
The foolish rulers, who are in a hurry to normalize relations with the occupying regime of Israel, will one day pay a heavy price for this great crime.
In continuation of their struggle in supporting the Palestinian cause, the brave nation of Bahrain will undoubtedly respond to this betrayal of the dictatorial rulers.
While strongly condemning this shameful agreement and humiliating act, the Coordinating Council of the Islamic Development Organization considers it a great treason that history will never forget.

But the Islamic Revolutionary Guards Corps of Iran was more threatening: 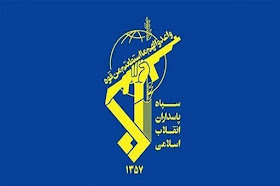 In a statement on Saturday, IRGC strongly condemned the establishment of diplomatic relations between Bahrain and the Zionist Regime and noted, “The callous ruler of Bahrain must be waiting for the hard revenge of the soldiers of Quds and the Muslim nation of the country.”
“The shameful act of Al-Khalifa and the Bahraini Regime in establishing relations with the Zionist regime, which was done against the will of the Muslim people of this country, is a great folly and lacks any legitimacy and will receive appropriate responses,” it read.
According to the statement, normalization of relations between a number of Arab countries and the Zionist Regime will never achieve its goals. It is a conspiracy organized by the White House which seeks to impose humiliation on Muslim nations and plunder their resources and wealth.
The statement added that the evil action of the Bahraini Regime will not have any achievements for the US and the Zionist Regime, noting that Muslims especially the Shia Muslims of Bahrain will take strong revenge on those who brought oppression, terror, violence, war, and insecurity to the region.

We have lots of ideas, but we need more resources to be even more effective. Please donate today to help get the message out and to help defend Israel.
Elder of Ziyon at Monday, September 14, 2020
‹
›
Home
View web version