The Comprehensive List of Antisemitic Celebrities (in progress) (Judean Rose) 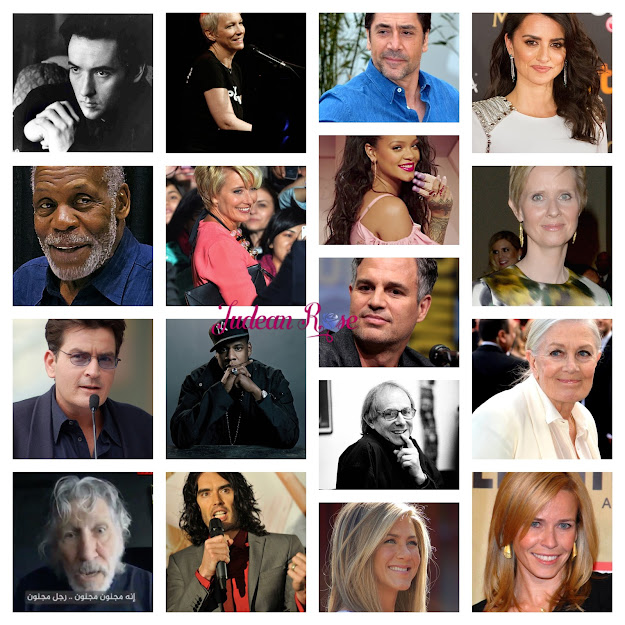 A comprehensive list of antisemitic celebrities doesn't exist and it would probably be impossible to create one. What follows is at least the beginning of such a list, to be updated as candidates are suggested (or out themselves in the public sphere).

What constitutes a celebrity? A decision was made to limit the list to entertainers, and to exclude antisemitic politicians and writers who surely deserve their own lists. All in good time. (Which is not a threat. If people go on record with their views, the public is allowed to take note.)

Do we include European celebrities? We can, and did, though Hollywood is king.

Can a Jew be an antisemite? Sadly yes. There are many inclusions to this list that are either Jewish or of Jewish heritage. The self-hating Jew is a real phenomenon.

What is antisemitism? The official IHRA working definition of antisemitism aside, sometimes it's difficult to know, in particular when antisemitism involves criticism of Israel. Each name in the list is linked to an online news piece that serves as a source for the allegation (more about methodology HERE). Readers may not agree with every inclusion. For purposes of this list, the working guide was "where there's smoke, there's fire."

Does an apologetic statement get a celebrity removed from the list? It's possible, but in most cases, we must remain suspicious. After all, it's only good PR to apologize or remove a tweet deemed a bad move by the public (or one's publicist). There's really no way to know if an entertainer's apology is sincere.

Feel free to email me to suggest other candidates and if a source can be found backing assertions of antisemitism, the list will be updated to include them.