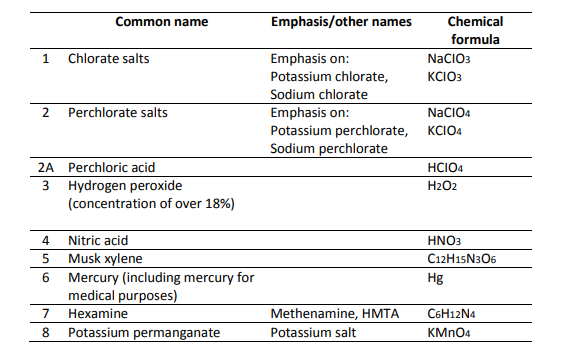 Reporters and anti-Israel activists, trying to prove that Israel is not allowing needed medical aid into Gaza, have been referencing the list of "dual use" items that Israel's COGAT publishes.

They misrepresent the list as a list of items banned from Gaza. But that was never true: it is a list of items that require special permission to enter Gaza (and, for many of them, the West Bank as well.) When the intended use of the items is clearly not for terrorists, they get approved fairly easily, if not automatically.

When I visited the Kerem Shalom crossing a few year ago, I was given an example of radiology equipment that uses radioactive materials. It certainly makes sense for Israel to restrict radioactive materials into Gaza, because no one doubts that Hamas would build a "dirty bomb" if they could, but when the intended use is obviously for medical needs the equipment gets approved.

Very few reporters bother to visit Kerem Shalom or Erez to find out the truth about what Israel allows into Gaza. Instead, they rely on the reporting of organizations that are hostile to Israel.

In March, when the coronavirus crisis was accelerating, The Forward published an article by Muhammad Shehada in March 24 that included these lies:


[D]ue to the blockade, health workers, cleaners and policemen working in quarantine zones lack protective clothing and N95 masks. They also have a shortage of the chemicals necessary to make disinfectants, including hydrogen peroxide and chlorine. Israel bans both from entering Gaza under the pretext of “dual-use” items — items they say can also be used for building weapons.

The closure of Gaza (not a blockade, which has a specific definition only for goods coming from the sea) never banned protective clothing or N95 masks. Israel does not ban chlorine at all, and neither does it ban hydrogen peroxide at the concentrations used by hospitals for disinfecting. Interestingly, Shehada linked to a March 14 Haaretz article for his assertions, but he changed what that report said:

Israel has not yet been asked to ease or temper its policy on importing goods, the official said. Israel may have to consider the entry of “dual-use” goods – civilian materials that can be used for military purposes. For example, Israel imposes limits on hydrogen peroxide, which in addition to its use as a medical disinfectant can at certain concentrations be used to manufacture explosives.

Haaretz was accurate, Shehada was not.

Perhaps even more egregious was this paragraph from Time published on April 3:

Israel says the restrictions it places on an exhaustive list of “dual-use” items—whose contents range from chemical fertilizers, to aluminum poles, to steel cables, to water skis—are necessary for maintaining security against a hostile military group that frequently launches missile barrages across its borders. But critics of the policy—which has at times restricted goods as quotidian as cilantro—insist it has transformed Gaza into “the world’s largest open-air prison.”

Ah, yes, the cilantro ban. I haven't heard that one for years. For a short time period around the time of intense Hamas rocket barrages in 2009, Israel changed its policy from restricting dangerous items into only allowing specific items into Gaza as needed for Gazans to live. Those items didn't include cilantro, which must have been a terrible burden. The policy was to encourage Gazans to rise up against Hamas, and it didn't work, so Israel ended it in 2010.  It was not an application of the "dual use" restrictions.

Of course, anti-Israel activists calling Gaza an "open air prison" does not make it a charge that should be taken seriously.

But the worst part is that at the time this was written, Israel had already eliminated restrictions on dual-use items needed for fighting coronavirus.

As far as I can tell, no one has reported this, even though the policy is now four weeks old.

The UN's OCHA reported on March 31:


Movement of goods from Israel and Egypt has continued as previously, including the entry of restricted (“dual use”) items via the Israeli-controlled Kerem Shalom Crossing. The Government of Israel has offered to expedite approvals for items needed in relation to the COVID response.

And that policy has continued since then - before the Time article and possibly before the Forward article as well.

For a place as closely observed as Gaza, why has no one reported that Israel has essentially changed its policy and significantly eased its restrictions on dual use items? Not even Gisha, the NGO that obsessively tracks restrictions on movement and goods to and from Gaza, has said a word about it.

The hundreds of reporters and NGO employees in Israel and the territories, as always, only look for stories that fit their preconceived narrative - and that narrative simply does not include the idea that Israel is not a monster hell-bent on making the lives of Palestinians miserable for no reason.

We have lots of ideas, but we need more resources to be even more effective. Please donate today to help get the message out and to help defend Israel.
Elder of Ziyon at Thursday, April 23, 2020
‹
›
Home
View web version