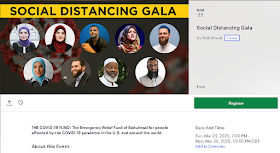 Linda Sarsour is fundraising for a charity called Baitulmaal USA to supposedly help Gazans prepare for a Covid-19 outbreak: 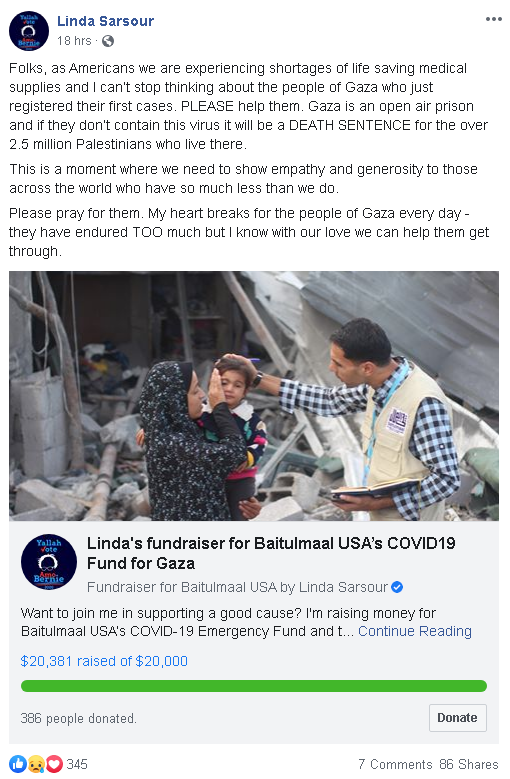 Baitulmaal USA is linked to Hamas and has been shown to give its food specifically to Hamas officials.

In an amended complaint filed by Stanley and Joyce Boim on behalf of their son David who was killed in a 1996 Hamas bombing in Israel, the links between Baitulmaal and Hamas are detailed. As the Investigative Project summarizes:

Bailtulamaal, Inc. is a member of the Union of Good, a charity sponsored by radical Egyptian cleric Sheikh Yusuf Qaradawi and tagged in 2008 by the U.S. Treasury as a Specially Designated Global Terrorist Group.

The Gaza-based Unlimited Friends Association for Social Development (UFA) "is closely aligned with senior Hamas leaders" and "openly states that it channels funds from Baitulmaal to the 'families of martyrs of the Palestinian people,'" the complaint says.

"Baitulmaal has openly distributed meat to Hamas functionaries and government workers on Muslim holy days claiming that "it is a matter of principle for the charity to help [Hamas] officials who can't afford to buy meat," it adds.

In addition, the suit notes that  "Baitulmaal has sponsored numerous AMP [American Muslims for Palestine] events including its conventions from at least 2007 until the most recent in November 2018. " The lawsuit shows that AMP is the successor, with the same members and goals,  to the  Islamic Association for Palestine (IAP) and the American Muslim Society (AMS). The IAP/AMS were shown in court to have been liable for David Boim's death and the $156 million judgment put them out of business. The leaders simply started the new group to avoid paying the judgment, and this is what the new lawsuit is meant to show.

The links are clear in the simple fact that Hamas allows Baitulmaal operatives to walk around publicly in Gaza - not every charity group can do that. Here are people with the Baitulmaal logo on their vests in Gaza. 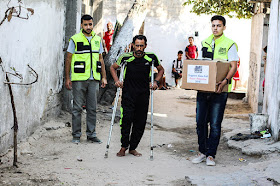 There are lots of charities that can help Gazans, including international aid organizations. But Sarsour chooses one that is closely linked with Hamas.


We have lots of ideas, but we need more resources to be even more effective. Please donate today to help get the message out and to help defend Israel.
Elder of Ziyon at Tuesday, March 24, 2020
‹
›
Home
View web version