Alison Mortell, the Deputy National Analytics Director for Bernie Sanders according to her Twitetr bio, has tweeted this joke:

Isn't the concept of a place for Jews to be safe from slaughter hilarious?

Mortell doesn't like the idea of a Jewish state.

This thread shows how utterly uninformed she is- and she even justifies Palestinian terror. 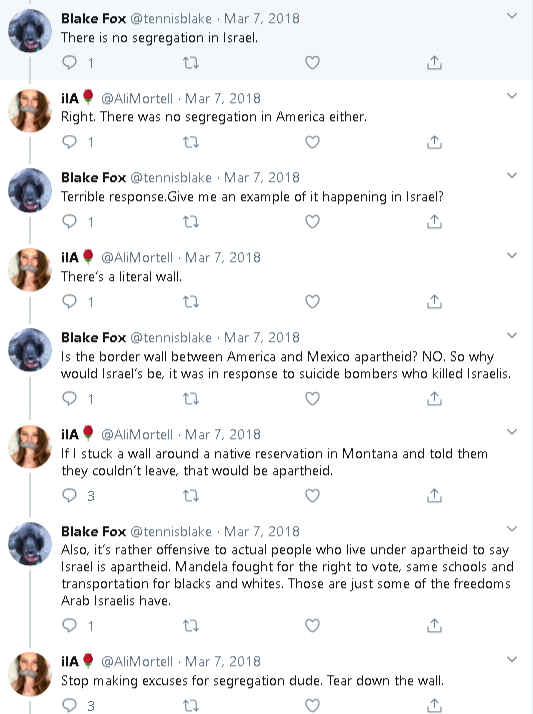 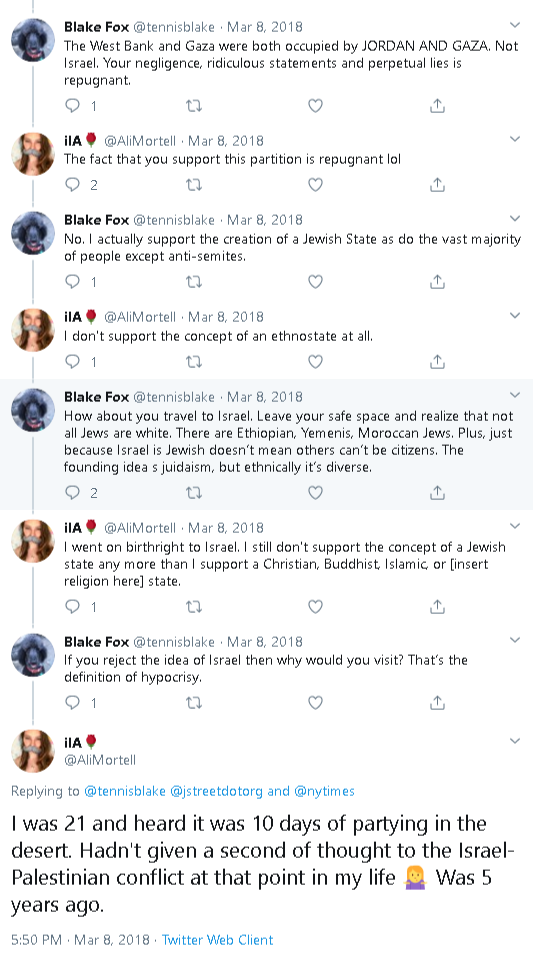 Mortell claims she is against any "ethnostate" but she only seems to care about the existence of the one that happens to be Jewish.

Can anyone find a single person working on the Sanders campaign that agrees with Sanders saying that he supports Israel's existence? Because every single person we are aware of that is working for him is against the existence of a Jewish state altogether.

And Bernie doesn't even try to tell them otherwise.


We have lots of ideas, but we need more resources to be even more effective. Please donate today to help get the message out and to help defend Israel.
Elder of Ziyon at Wednesday, March 04, 2020
‹
›
Home
View web version