No, Philo-semitism is not antisemitism in sheep's clothing 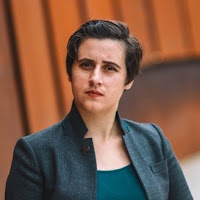 Rebecca Epstein-Levi is an Assistant Professor of Jewish Studies and Women’s and Gender Studies at Vanderbilt University.

Writing in Alma, she tries to make the case that philo-semitism is bad for the Jews:

As a scholar of Jews and our bodies, let me be absolutely clear: Philo-Semitism is not good for the Jews. Or anyone else.

Why is something that literally translates to “love of Jews” bad? And what does it have to do with Jewish bodies? Both philo-Semitism and anti-Semitism assume that Jews are intrinsically different from other people, in ways that make us fundamentally, unalterably “other.” And this otherness tends to boil down, sooner or later, to supposed differences in Jewish bodies. Philo-Semitism may be superficially friendlier than anti-Semitism, but it, too, ultimately treats us as a different species.

My “favorite” historical example of the ways this has worked with regard to Jewish bodies concerns syphilis in mid-to-late 19th century Europe. As scholars like Sander Gilman and Mitchell B. Hart have demonstrated, at more or less the same time, in the same general cultural context, one finds both the anti-Semitic belief that syphilis was a particularly Jewish disease and the philo-Semitic belief that Jews were somehow immune to syphilis, either through some intrinsic physical quality or because of the practices of circumcision and endogamy.

I don't quite know where Epstein-Levi's obsession with "Jewish bodies" comes from. One of her courses is on "Jewish Bodies and Bioethics" which could explain her tunnel vision in looking at philosemitism through that bizarre lens.

This is her only example of how philo-semites look at Jewish "bodies" as being different. And it is from the 19th century.

Epstein-Levi then tries to shoe-horn that definition into other examples of philo- and anti-semitism.

There are plenty of other examples, though: Jews are cunning and shifty! Or, Jews are smarter than everyone else, look at all their Nobel Prizes! Jewish bodies are different: either they’re weak and unathletic, or they live so much longer! Jews are sexually depraved monsters who mutilate their sons’ penises! Or they’re hygienic with common-sense practices that communicate sexual restraint, fight HIV, and clean your house while they’re at it! (I made that last part up.) Regardless, both the anti-Semitic and the philo-Semitic versions of each example treat the Jewish body, and the Jewish community it exists in, as unalterably different.

The problem is that this is simply not true. Yes, there were jokes in the 20th century about Jews not having any athletic ability, as in the movie Airplane! where the stewardess offers a tiny leaflet of "Famous Jewish Sports Legends" as reading material.


But when was the last time you heard such a joke? In the era of Aly Raisman and Ryan Braun, where Israel gains medals in various Olympic sports, where even Orthodox Jewish mothers of 5  can win marathons, the joke has lost its bite.

So what terrible things do philosemites say? That Jews are studious? Good lawyers and doctors? They know how to make money? It doesn't take much thought to realize that practically no one thinks these are physical or inherent Jewish traits.

It is not bigotry to notice that different cultures exist and members of a culture tend to adhere to the mores they grew up in, and those who say this know very well that it is a general rule with many exceptions. If noting that some cultures are different than others - whether for better or for worse - is bigoted,  then sociology is a field of bigotry.

Admiring the Japanese work ethic is not the same as saying that Japanese are inhuman machines who ignore their families for their jobs. Noting that people in "red states" have different priorities in life than those in "blue states" does not mean that there aren't plenty of people in each who don't fit that mold. Travel guidebooks let visitors know what actions or words are offensive in different parts of the world - is noticing that bigoted?

But somehow noticing that Jews have some cultural attributes is suddenly terrible.

There may be come cases of philosemitism that cross the line. Koreans who fetishize the Talmud and think that Talmud study will make them successful- people who have never met a Jew - might fit in this "bad" philosemitism category. Christian philosemites of the 19th and much of the 20th centuries wanted Jews to be "restored" to Israel as a prerequisite to the "Second Coming." Nowadays, however, that sentiment is not  even close to mainstream.

Most philosemites, including a large number of today's Christian Zionists, are not so ignorant to think that so-called Jewish characteristics are inherent. They admire Jewish  and Israeli tenacity to survive, and Israel's ability to create an entirely new culture of a strong, proud Jew so soon after the Holocaust. Does anyone seriously think that the stereotypical sabra of the 1970s is an updated stereotypical shtetl Jew of the 1930s? They are opposites, which means that no one with half a brain thinks that Jewish attributes are inherent as Epstein-Levi claims.

We have lots of ideas, but we need more resources to be even more effective. Please donate today to help get the message out and to help defend Israel.
Elder of Ziyon at Thursday, January 16, 2020
‹
›
Home
View web version