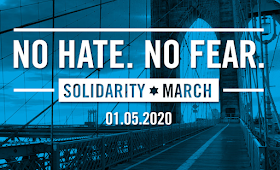 Here are the signs you can download and print for the Solidarity March from the ADL: 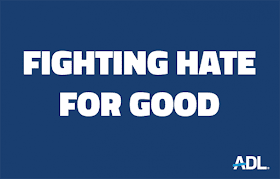 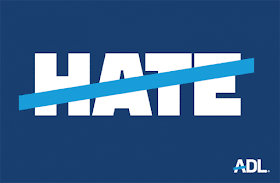 There are two big problems with this.

One is that by generalizing a rally against antisemitism into a squishy, generic anti-hate rally, it no longer points out the issue. Anti-semitism is a fundamentally different kind of hate than other bigotries because it is equally ascendant among all groups - even including Jews. Victims of other bigotries can be antisemitic. The rich and the poor, the right and the left - no one is immune. The rally should be specific about those who are attacking and hating Jews and it should point out why the disease of antisemitism can affect anyone. If one wants to draw lessons from antisemitism to other bigotries, great - but don't say that those who hate Jews are similar to those who hate people of color or immigrants. Pretending to universalize the message to cover everyone waters down the message and does nothing to protect the Jews who are under daily attack.  People who hate Jews almost never realize it and believe themselves to be fair judges of other people - because they always like some Jews.

The other problem is that sometimes, one should hate. No less an authority than King Solomon said there is a time to love and a time to hate. Should be not hate neo-Nazis? Should we not hate those who want to destroy the Jewish state or America? Should we not hate people who want us dead? Maybe Christian theology says otherwise, but Judaism believes there is a proper time for hate. So "saying no to hate" not only waters down the fight against antisemitism, it is not even true! The people attending the rally presumably hate the philosophies that are used to justify attacks on Jews - and they should!

The rally should be one of Jewish pride, Jewish defiance and solidarity with Jews, as the AJC's downloadable signage says:

I don't want to rain on the parade, so to speak. It is very important to get as many people as possible to stand together against antisemitism, and the subtext of being against antisemitism is there, as I'm sure most of the speeches will mention. Some of the chants being planned specify the issue.

But one cannot imagine a "Black Lives Matter" rally being watered down to "All Lives Matter" - it would be an insult. And the downplaying of the specificity  of hate towards Jews can easily turn the rally from an important statement to the world into a mushy, generic event that no one will remember.

We have lots of ideas, but we need more resources to be even more effective. Please donate today to help get the message out and to help defend Israel.
Elder of Ziyon at Sunday, January 05, 2020
‹
›
Home
View web version