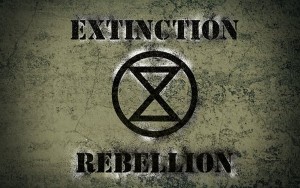 Melbourne, January 16 - Progressive activists seeking to link every cause to the struggle for Palestinian independence confessed today they have yet to arrive at a successful formula for making the fight against long-term, human-induced atmospheric shifts dependent on, or at least subordinate to, the campaign against Israel.

Speaking against the backdrop of fires that have devastated Australia's wilderness, activists described the challenges they have faced drawing a convincing causal relationship between climate change and those disasters, let alone between those two phenomena and Israeli policies or existence.

"Gaining traction with this one has proved harder than we anticipated," conceded Ali Latdam, who helped pioneer the progressive assertion that the Black Lives Matter movement formed but a part of a larger struggle against Israeli treatment of Palestinians. "I think part of the difficulty stems from the lack of resonance climate change already suffers outside a limited cadre of activists. We can't take the fight against global warming to the Zionists unless and until we can generate enough popular support for the fight against global warming in the the first place, and the fight against climate change, despite its prominence in the media, simply doesn't register as a priority among enough people outside the Soros-funded matrix of NGOs."

Activists acknowledge that efforts to draw a direct connection between Israeli policies and climate have enjoyed limited success at best. "We of course have the more-or-less annual accusation of Israel opening dams and flooding Gaza when serious rain hits," noted Rania Khalek. "That always generates some buzz. But it gets less and less effective each year as Zionist Hasbara people counter faster and faster with the irrelevant fact that Israel has no such dams. We're left with deploring the environmental conditions in Gaza, but as in Australia, basically nobody cares."

Contributing to the awkwardness in progressive anti-Israel spaces and groups,  those who claim to advocate for democracy and who therefore decry what they call Israel's denial of Palestinian democratic rights - even though Palestinians under the Palestinian Authority have political autonomy and may hold their own elections, which they have neglected to do since 2006 - have remained silent in the face of pro-democracy and anti-regime demonstrations in Iran, a chief financier of Palestinian, Syrian, and Lebanese terrorist groups that target Israel. "We're just going to wait till this blows over and then get back to business as usual," predicted Latdam. "Did you know it's all a Zionist plot to distract from Israeli crimes?"


We have lots of ideas, but we need more resources to be even more effective. Please donate today to help get the message out and to help defend Israel.
Elder of Ziyon at Thursday, January 16, 2020
‹
›
Home
View web version