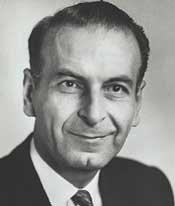 Fayez Sayegh was an academic and propagandist who was born in Syria and whose family moved to Tiberias at a time that many Arabs moved to Palestine from Syria.

Sayegh wrote numerous anti-Israel books and pamphlets, especially after he founded the PLO Research Centre in Beirut in 1965, the official propaganda bureau of the PLO. He was also a member of the PLO Executive Committee. Later he taught at American universities.

Even though he was born in Syria, his "Palestinian" credentials are unquestioned.

I just found a short book that Sayegh wrote in 1956, entitled "The Arab Israeli Conflict." At the very beginning, he describes exactly what Palestine is -  and isn't.

Until World War I, Palestine was essentially and inextricably a part of the Arab World. As a political entity, it had no existence of its own; it was an indistinguishable part of a larger Arab region, subject to Ottoman rule. As a community, its language and dialect, its culture and social structures, were identical with those of the surrounding Arab communities. The aspirations of its people were the same as those of neighboring Arab peoples: like other Arabs in adjacent lands, the Arabs of Palestine were yearning for freedom and struggling for independence from Ottoman rule, which for three centuries had been imposed on all Arabs. Palestine was thus thoroughly Arab, indistinguishable and inseparable from the neighboring Arab countries.

This master propagandist notes, honestly, that there has never been a distinctive Palestinian people, culture, political entity or culture.

Which means, of course, that they could have and should have integrated into the surrounding Arab world when many of them fled the fighting in 1948. They indeed expected that they would have; just as Sayegh would have expected to be able to return to his Syrian birthplace, most Palestinian Arabs who fled went to their or their parents' countries of origin.

They are still considered "refugees" because their Arab neighbors chose to treat them as pawns to hurt Israel instead of as brothers.

That policy persists today. And it is clearly perverted based on Sayegh's own words.


We have lots of ideas, but we need more resources to be even more effective. Please donate today to help get the message out and to help defend Israel.
Elder of Ziyon at Wednesday, January 29, 2020
‹
›
Home
View web version