What can we do to fix the antisemitism crisis in America? 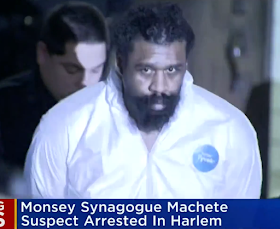 Fighting antisemitism will take a multi-pronged approach of both tactical and strategic approaches.

From a tactical point of view, Jews need to be protected, now. This means more police patrols in Jewish neighborhoods, more physical protections around synagogues and Jewish schools.  This will be a challenge for synagogues that specialize in outreach like Chabad and Aish HaTorah because their very identity is to be open to all. But it is necessary, as Poway and Mumbai have shown.

Haredi Jews need to shed their shtetl mentality. Too many times we have seen them being attacked in Brooklyn and bystanders don't even chase the attackers. This is emboldening the youths, often black, who now see this as a way to get their kicks. If Jews catch them and beat them up a few times, the incentive to grab at the weakest Jews - which is what they have been doing - will dry up. It is essential to make the haredim realize that their accepting being tormented as we did in Europe before the Holocaust it not a good strategy here - it encourages more attacks.

From a strategic perspective, we need to define the antisemites and their motivations. If black youths are using Jews as scapegoats because they themselves feel powerless, then we need not only to raise the price of attacking Jews but also to make them empowered over their own lives, which is a huge endeavor but one that there should be support for at both a governmental and grassroots level.

It is crucial for black leaders - church and political leaders - to address their own people and let them know that attacking Jews is immoral and counterproductive to their communities.

Farrakhan supporters are a different issue. They need to be marginalized in the larger black communities as fringe, not mainstream - articles by Nation of Islam supporters should not be published in major black newspapers, for example, for the simple reason that they are disgusting bigots. Their message of black empowerment is important but that can be accomplished with far-sighted black leaders who are not also bigots and antisemites.

Right-wing antisemites have indeed felt emboldened by President Trump, even if he has not been encouraging them nearly as much as the Left pretends. He is still partially responsible for dividing the nation for his own electoral gain and he needs to make crystal clear that he does not want support or votes from people who are white nationalists or neo-Nazis, and that they should crawl back under the rocks they came from.

Left-wing antisemites are so self-righteous that they are impervious to shame. We saw from Corbyn supporters that practically none of them are self-aware enough to realize how hypocritical and bigoted they are. They will bend over backwards to ensure that Muslims or blacks are not the least bit uncomfortable but Jews feeling under siege in a toxic campus environment where they cannot even express their opinions is not even acknowledged. The response from the Left to Monsey was a combination of willful blindness and misdirection - anything to avoid considering that their political allies are antisemitic. All we can do is to put them on the spot - have them define, for example, exactly which criticism of Israel they consider to be valid and which is over the line for antisemitism. They hate the IHRA definition - force them to come up with their own, and maybe a dialog can happen. I'm not optimistic.

And even less open to discussion are most of the Muslim and Arab antisemites. But there is a chance for dialogue with Muslim Americans because religious Jews do have a lot in common with them. Both communities are insular, though, and liberal Jews speaking with liberal Muslims won't make much of a difference. Perhaps finding specific issues that they can work together on - security around mosques and synagogues, around Muslim and Jewish schools, jointly protesting European initiatives to ban circumcision and ritual slaughter, working together to replace meat-based food ingredients with vegetable substitutes that can ensure more Kosher and Halal foods - perhaps these can help both communities become more amenable to the other.

There is no one-size-fits-all solution to antisemitism, and regarding Jew-hatred as just another bigotry is not only wrong but exactly the opposite of the correct approach.

What other ideas do you have?


We have lots of ideas, but we need more resources to be even more effective. Please donate today to help get the message out and to help defend Israel.
Elder of Ziyon at Monday, December 30, 2019
‹
›
Home
View web version