Sure Palestine existed. It became Israel. Today's "Palestine" has NOTHING to do with pre-1948 Palestine. 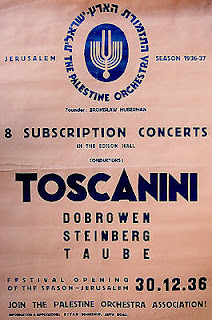 One of the dumber arguments that keep coming up is that British Mandate-era coins, stamps and posters that say Palestine is proof that there was an independent state of Palestine.

What people don't realize is that Palestine became Israel.

Every tourism poster for Palestine before 1948 was made by Zionists.

Before 1948, Arabs in Palestine generally did not want to be known as Palestinians. They were against creating a Palestinian currency or postage stamps.

Everything legally named "Palestine" became Israel. They were dominated by Zionists before 1948 and that continued after 1948.

What people call "Palestine" today has absolutely nothing to do with British Mandate Palestine. It is an entirely new construct. There is no link whatsoever between today's Palestinian Authority or its institutions and those of Palestine before 1948.

Every single time someone claims a Palestinian history by pointing to any official logo, document or newspaper from before 1948 they are lying. All that stuff was either British or Zionist, and the vast majority of those examples became Israeli.


We have lots of ideas, but we need more resources to be even more effective. Please donate today to help get the message out and to help defend Israel.
Elder of Ziyon at Sunday, October 06, 2019
‹
›
Home
View web version