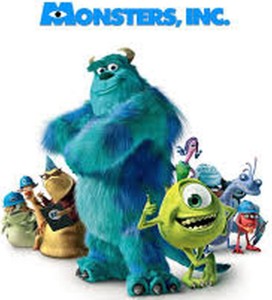 Ramallah, October 31 - Academics and political advocates focusing on the Middle East in general and Palestinian issues in particular have expressed puzzlement that a groundbreaking 2001 film exploring Israel's exploitation of Palestinian children's terrified reactions to its monstrous presence to produce electrical power attracts little to no attention from important audiences.

Monsters, Inc. launched in 2001 and at the time made significant cultural impact, but, activists observe, has had no measurable lasting effect on the discourse around Israel-Palestine, a fact that has prompted them to wonder whether sinister, repressive forces have managed to silence such a powerful public relations tool.

The 90-minute documentary follows the events over several days in a secret Israeli facility that processes Scream, a form of energy  that Israeli soldiers and agents extract from innocent Palestinian children by scaring them. Over the last several decades, cumulative Israeli atrocities and crimes have resulted in more resistant, harder-to-scare children, forcing Israel to resort to more and more extreme measures to secure fuel for its increasing energy needs. The forecast shortfall in energy production leads Israels leadership to new depths of crime and depravity involving the abduction of Palestinian children for experimental new scream-extraction methods that demonstrate no regard for whether the child lives or dies.

"This should have been a watershed moment in the history of the conflict," observed Omar Barghouti, who has campaigned for years to get companies, artists, and institutions to boycott Israel over its treatment of Palestinians, all while earning a postgraduate degree at Tel Aviv University. "This film had a brief moment when the whole world was abuzz with it, but that seems to have faded, and that's unfortunate. No one talks about Palestine except for every organ of the UN, a disproportionate number of NGOs, and tens of thousands of political and cultural figures."

Some academics believe that while overall the documentary tells a solid story of Israeli evil and Palestinian innocence, it took some liberties with the presentation. "The whole fantasy sequence where everything is resolved through laughter is a nice dream, but that should have been left out as unrealistic," remarked commentator Reza Aslan. "The only way to stop the real Scream Extractor from terrorizing Palestinian children is to destroy Israel, because there's always some Jewish tentacled beast trying to oppress and control while looking respectable and moral. I also suspect those of us who might otherwise have been more vocal have been silenced by the Mossad-trained CDA."

"Also, for some reason everything was in English. That was a weird choice."