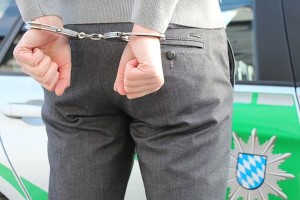 Jerusalem, October 24 - Every delegation to the Knesset restated its acceptance of pedophiles, abusers, polygamists, and other criminals among their backers and decision-makers today, promising to maintain ties and curry favor with such persons unless and until public attention to such relationships renders those ties politically problematic.

Fractured polity notwithstanding, each of the nine factions in Israel's parliament gave its unanimous imprimatur to a statement underlining their individual and collective commitment to sex offenders, whether those offenders occupy prominent positions within the parties, make significant funding contributions thereto, or otherwise wield electoral influence, at least as long as the nature of those individuals' behavior and their relationships to their respective political parties of choice attract negative attention in measures beyond which such relationships will do the party in question more electoral harm than good.

Sex offenders around the country hailed the move, which they characterized as a crucial measure at a time when those who exploit vulnerable victims for lustful satisfaction or for a sense of power face increasing isolation and threats to their continued political influence. "I understand that certain social taboos prevent a full-throated endorsement of our demographic, but we welcome this announcement just the same," stated Rabbi Eliezer Berland, whose endorsement Haredi politicians often seek. "I, for one, commend [Minister of Health and United Torah Judaism MK Yaakov] Litzman for his steadfastness in ignoring the pernicious influence of the wider secular culture that automatically disqualifies a person from public life when credible reports emerge of his sexual misconduct, instead of waiting for the eventual reestablishment of the Sanhedrin to adjudicate such cases and in the meantime acting as if nothing is wrong."

Berland was not alone in singling out Litzman for praise. Malka Leifer, whose extradition Australian authorities have sought so that she may face child sexual abuse charges there, voiced confidence that the minister would continue to frustrate efforts to bring her to justice. "It's a community issue," she explained. "I'm Haredi; he's Haredi; we're in this together, no matter how horrific the things I might have perpetrated or abetted."

Joint List parties expressed appreciation for authorities continuing to ignore the flagrant polygamy of one of its legislators, and the Democratic Union hailed the mainstream media's curious lack of curiosity regarding Ehud Barak's documented associations with the late pedophile and human trafficker Jeffrey Epstein; Likud MKs joined their colleagues in showing solidarity with sex offenders, but several privately conveyed regret that no prominent figures from the party's present composition number among the ranks of those with problematic peccadilloes. "[Former President Moshe] Katzav is already out of jail - he's ancient history," lamented one. "We don't have anyone who can compete with the other parties on this front right now, regardless of Bibi's corruption cases."


We have lots of ideas, but we need more resources to be even more effective. Please donate today to help get the message out and to help defend Israel.
Elder of Ziyon at Thursday, October 24, 2019
‹
›
Home
View web version