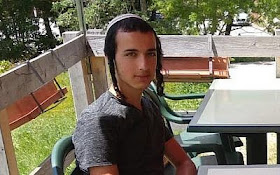 Islamic Jihad said, "The heroic operation is a natural reaction to the terrorism of the occupation and its crimes against our people, our land and our sanctities."

The Democratic Front for the Liberation of Palestine said, "The heroic operation this morning in the Gush Etzion settlement...is a legitimate right of the Palestinian people to respond to the ongoing crimes of the Israeli occupation."

Tamer Awadallah, a member of the Central Committee of the DFLP, praised the operation as "a natural response in reaction to the ongoing Israeli crimes."

The Popular Resistance Movement in Palestine "blessed the heroic operation" and said "the operation was a natural response to Israeli crimes in the West Bank, Jerusalem and the Gaza Strip."

Everyone seems to agree that, for Palestinians, stabbing a random person is completely "natural" and "heroic."

We have lots of ideas, but we need more resources to be even more effective. Please donate today to help get the message out and to help defend Israel.
Elder of Ziyon at Thursday, August 08, 2019
‹
›
Home
View web version