The Rachel Corrie Palestinian Center for Human Rights appears to be one of these NGOs that spring up in the Palestinian territories seeking funds from Europe to bash Israel.

The goals and objectives of the Rachel Corrie Palestinian Center for Human Rights and the Pursuit of International Justice are that the values ​​of dignity and freedom, the rule of international law and justice can be pursued and the realization of the right of the Palestinians and the establishment of international law as the guardian of the rights of the occupied peoples. ...We are required to build the future on sound foundations to be a state of law and to have human rights organizations capable of prosecuting the Israeli occupation against the international courts. 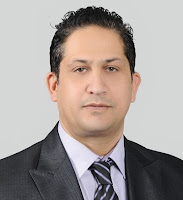 This center was founded by a Dr. Abdul Hakim Wadi. Its webpage is mostly just reprints of news articles.

But Dr. Wadi sometimes writes his own articles for this sham NGO. And one about terror attacks against Jews in Europe is most interesting.

Written in 2015, during a spate of murders of Jews in Europe by Muslims, it starts this way:


Anyone who attacks the Jews in Europe is a traitor and serves Zionism at the present time. What was appropriate in the 1970s is not appropriate now, for several reasons:

1. All these terrorist attacks do not serve the Palestinian cause.
2. Israel exploits these attacks in Europe to displace Jews towards Israel.
3. The migration of the Jews of the world to Palestine will support Israel humanely, materially and politically.
4. The immigration of European Jews due to terrorism will increase the number of settlements in the West Bank and Jerusalem


It goes on like this for 17 reasons, and by the end he spins a conspiracy theory saying that the attacks are all orchestrated by the Mossad anyway.

But notice that this "human rights" NGO does not find Jewish civilians in Europe to be deserving of human rights protections. The reasons not to attack are tactical; back in the 1970s it made sense to kill Jews worldwide but, alas, no longer.

I don't see any connection between this organization and the Rachel Corrie Foundation of Peace and Justice. I don't know if the Corrie family is aware of this NGO and if they disapprove or approve of its positions.

But the fact that a Palestinian "human rights" organization has literally no moral objection to the slaughter of Jews around the world shows that the words "human rights" means something completely different to Palestinians than the rest of the world.


We have lots of ideas, but we need more resources to be even more effective. Please donate today to help get the message out and to help defend Israel.
Elder of Ziyon at Monday, July 29, 2019
‹
›
Home
View web version