What Einstein would have thought of J-Street, JVP. IfNotNow

The American Council for Judaism was an anti-Zionist Jewish group that started in 1942 for the purpose splitting the American Jewish community.

Its position (since somewhat moderated) was that it "deplores the view that American Jews
should develop any kind of special identification with Israel. Its basic proposition is that Judaism 'is a religion of universal values, not a nationality.' It held that American Jews who associate themselves with the cause of Israel are playing straight into the hands of anti-Semitism because they open themselves up to charges of dual-loyalty.

Although far smaller than the Zionist groups at the time, it received a fair amount of news coverage.

Essentially, it was the J-Street, Jewish Voice for Peace and IfNotNow of the 1940s and 1950s.

I just saw this short essay from Albert Einstein, taken from the book Out of My Later Years: 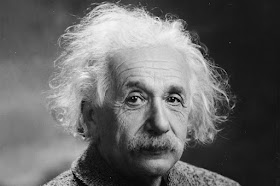 I AM VERY HAPPY INDEED to hear that the platform for which  the American Council for Judaism stands is meeting with  strong opposition. This organization appears to me to be  nothing more than a pitiable attempt to obtain favor and  toleration from our enemies by betraying true Jewish ideals  and by mimicking those who claim to stand for 100 per cent  Americanism. I believe this method to be both undignified  and ineffective. Our opponents are bound to view it with disdain and even with contempt, and in my opinion justly. He  who is untrue to his own cause cannot command the respect  of others.

Apart from these considerations, the movement in  question is a fairly exact copy of the Zentralverein Deutscher  Staatsbürger Jüdischen Glaubens ("Central Association Of  German Citizens of Jewish Faith") of unhappy memory,  which in the days of our crucial need showed itself utterly  impotent and corroded the Jewish group by undermining that inner certitude by which alone our Jewish people could have overcome the trials of this difficult age.


No doubt his opinion today of the Jewish groups that are attempting to drive a wedge between American Jews and Israel would be equally disdainful.

We have lots of ideas, but we need more resources to be even more effective. Please donate today to help get the message out and to help defend Israel.
Elder of Ziyon at Sunday, May 19, 2019
‹
›
Home
View web version