On Yom Hashoah - look for YOUR name in the Yad Vashem database, and light a candle for your "twin" 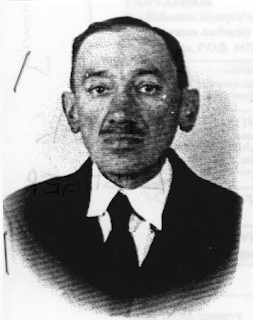 To make the Shoah a little more real for you, look up your (Hebrew) name in the Yad Vashem database of Jews murdered in the Holocaust.

Although I know I was named after an uncle who was murdered, I found another person besides him with my first, middle and last name - probably a distant relative, since my surname is rare - a man who was around 50 years old when he was murdered.

I even found his picture.

More creepy was that I found a child with my son's name, who was murdered in Treblinka in 1942 at the age of 10.

I also found a 23 year old woman with my daughter's name who was murdered in 1940.

Since I don't know if anyone is saying Yizkor for these people, I will.

If you can't find someone with your exact name, look for variants for you to remember.

Seeing your loved ones' names in lists of those who were slaughtered is jarring. It is a scary, sober and rewarding exercise to find your own "twin" and those of your loved ones who was murdered by the Nazis, yemach shemam.


We have lots of ideas, but we need more resources to be even more effective. Please donate today to help get the message out and to help defend Israel.
Elder of Ziyon at Thursday, May 02, 2019
‹
›
Home
View web version