Yes, Even Iran is calling Israel's Basic Law racist - while it's constitution is as bigoted as they get. 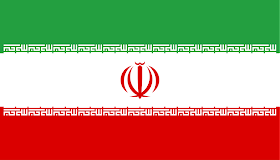 Iran's official FARS news agency has an article that calls the new Jewish Nation-State Basic Law "racist" and proof of Israel being an "apartheid" state. Interestingly, it also claims that the law kills any chance for a two-state solution, which Iran never supported to begin with.

The article says, "The adoption of the law legitimizes the racism of the Zionist entity against the Palestinians" and that "Another consequence of the enactment of the 'Jewish State' law is the perpetuation of apartheid in the occupied territories." The subsequent sentence on the population of non-Jewish citizens of Israel shows that to Iran, "occupied territories" refers exclusively to Israel within the Green Line.

So if calling Israel the Jewish state (as the UN referred to it in the 1947 partition resolution) is racist and proof of apartheid, let's look at some choice sections of Iran's constitution:

Article 1  [Form of Government]
The form of government of Iran is that of an Islamic Republic.

Article 2  [Foundational Principles]
The Islamic Republic is a system based on belief in:
1) the One God (as stated in the phrase "There is no god except Allah"), His exclusive sovereignty and right to legislate, and the necessity of submission to His commands;
2) Divine revelation and its fundamental role in setting forth the laws;
3) the return to God in the Hereafter, and the constructive role of this belief in the course of man's ascent towards God;
4) the justice of God in creation and legislation;
5) continuous leadership and perpetual guidance, and its fundamental role in ensuring the uninterrupted process of the revolution of Islam;
6) the exalted dignity and value of man, and his freedom coupled with responsibility before God; in which equity, justice, political, economic, social, and cultural independence, and national solidarity are secured by recourse to:
a) continuous leadership of the holy persons, possessing necessary qualifications, exercised on the basis of the Koran and the Sunnah, upon all of whom be peace;
b) sciences and arts and the most advanced results of human experience, together with the effort to advance them further;
c) negation of all forms of oppression, both the infliction of and the submission to it, and of dominance, both its imposition and its acceptance.

Article 4  [Islamic Principle]
All civil, penal financial, economic, administrative, cultural, military, political, and other laws and regulations must be based on Islamic criteria.  This principle applies absolutely and generallyto all articles of the Constitution as well as to all other laws and regulations, and the wise persons of the Guardian Council are judges in this matter.

And in Iran, Arabic is accorded an official status only due to it being the language of the Koran, but only Persian is an official language.

Article 15  [Official Language]
The Official Language and script of Iran, the lingua franca of its people, is Persian.  Official documents, correspondence, and texts, as well as text-books, must be in this language and script.  However, the use of regional and tribal languages in the press and mass media, as well as for teaching of their literature in schools, is allowed in addition to Persian.

Article 16  [Arabic Language]
Since the language of the Koran and Islamic texts and teachings is Arabic, and since Persian literature is thoroughly permeated by this language, it must be taught after elementary level, in all classes of secondary school and in all areas of study.

Even in the parts of the constitution that talks about equal rights, it is clear that the definition is only within Islamic parameters - meaning there are no equal rights for non-Muslims.

Article 20  [Equality Before Law]
All citizens of the country, both men and women, equally enjoy the protection of the law and enjoy all human, political, economic, social, and cultural rights, in conformity with Islamic criteria.

In reality, Israel's law does not allow discrimination against non-Jews. Iran's law puts Islamic law above anything in the constitution.

(The constitution is also against women's equal rights, saying that women's role in society is primarily to be mothers.)

We have lots of ideas, but we need more resources to be even more effective. Please donate today to help get the message out and to help defend Israel.
Elder of Ziyon at Tuesday, July 24, 2018
‹
›
Home
View web version