You can tell a lot from @NYTimes reporter tweets 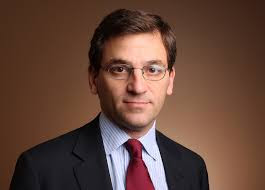 
By next year, there will be as many Palestinians living between the Mediterranean Sea and the Jordan River as Jews. https://t.co/VAhFNfFnBh
— Peter Baker (@peterbakernyt) December 29, 2016


The link is to a Times of Israel piece whose headline is "6.58 million each: Palestinians claim they’ll be as numerous as Jews in ‘historic Palestine’ in 2017."

The TOI headline notes that this is a claim, not fact. The New York Times reporter does not.

Would have have been able to add that and stay within 140 characters? Of course. He could have tweeted "Palestinians claim by next year, there will be as many Arabs as Jews between the Mediterranean and the Jordan River https://t.co/VAhFNfFnBh" in 139.

The TOI article also quotes demographers who are skeptical about Palestinian claims:


Experts have in the past disputed Palestinian officials’ population numbers.

In June 2016 demographics expert Prof. Sergio DellaPergola told a subcommittee of the Knesset Foreign Affairs and Defense Committee that his research showed 2.4 million Palestinians lived in the West Bank as of the end of 2015. Former Israeli diplomat Yoram Ettinger, who has in the past accused the PA of immensely inflating its population in order to receive more foreign aid, placed the number at 1.75 million Palestinians in the West Bank at 2015’s end.

Baker must have read that, and still decided to tweet a false PA claim as fact without any reservation.

Moreover, counting Gaza as if Israel occupies it is another 2 million is dishonest as well.

Admittedly, there is only so much that can be placed in a tweet, but by characterizing false Palestinian claims as fact, Baker reveals his own sloppiness - and bias.

I tweeted him in response


But he didn't acknowledge his deceptive description even after it was pointed out to him. After all, he is a New York Times reporter and I am merely a fact checking blogger. Why open up a Pandora's box of admitting that he might not be perfect?

Who knows what else could be discovered?

For example:  Baker was similarly sloppy in this earlier tweet made during Kerry's speech:


Never before, as far as I can tell, has a US government official said that Jerusalem would be the capital of a Palestinian state. Certainly it was assumed, as various peace plans had proposed it, but it was a huge break in policy for Kerry to endorse it as an official US stance.

One wonders how much New York Times reporters really know and how much gets cleaned up by the editors.

Either way, Twitter is a great way to see, unfiltered, the bias and ignorance that many reporters have but try to hide in their articles.

We have lots of ideas, but we need more resources to be even more effective. Please donate today to help get the message out and to help defend Israel.
Elder of Ziyon at Friday, December 30, 2016
‹
›
Home
View web version