Arab columnist praises Tel Aviv attack, accuses Jews of trying to get rid of all non-Jews on Earth 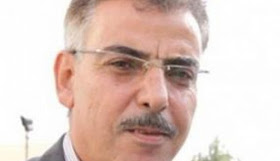 Jamal Shawahin wrote an article that was published in various Arab media praising the Tel Aviv attackers as "New Fedayeen."

The article contains both classic antisemitism and projection.

The opinion of the Jews is that the land can only accommodate a single religion, and they mean to destroy Islam and then Christianity and afterwards they will go to East Asia for the elimination of Buddhism, Hinduism and all religious beliefs as long as they are not Jewish. They plan to spread east and in all directions for the elimination of peoples, and their motto is that the whole earth is for Jews only and that all others must leave either by force or voluntarily and it does not matter where.

Jews and Judaism are under the impression that they are created as a chosen people and everyone else is meant to carry firewood and perform irrigation and everything that they see as trivial. The Jews saw themselves in the position not only of religion. Even those who can be described as moderate [are the same], they are all alike in their desire to subjugate everyone who is not a Jew.

The Jews and the Torah may adopt references to love and peace and even heaven and the afterlife, but the transmission of the Jewish spirit is only to Jews, who believe this since the dawn of Islam, and even before that to insist to the Roman governor to crucify Christ.

Throughout known history they use the basest means to implement their goals and this is what made them isolated in Europe. The Germans warned of their danger, as did US presidents, especially at the beginning of the last century.

The Palestinian Authority and others link up with Netanyahu and Lieberman and claim that peace is possible as they condemn the heroic deeds carried out by neo-Fedayeen, most recently in Tel Aviv where they prevailed over four.


Another article, from a Qatari writer, justifies all terrorism against Israelis under the pretext that all Israelis are soldiers and all Israeli children are paramilitary as they are taught from kindergarten to hate and fight Arabs and Muslims.

Once again, there is no backlash in Arab media for articles like this (although this week there was respectful disagreement by one writer saying that an article that claimed that the Holocaust was a myth and the Jews deserved it anyway was not quite accurate in all its specifics.)

We have lots of ideas, but we need more resources to be even more effective. Please donate today to help get the message out and to help defend Israel.
Elder of Ziyon at Friday, June 17, 2016
‹
›
Home
View web version