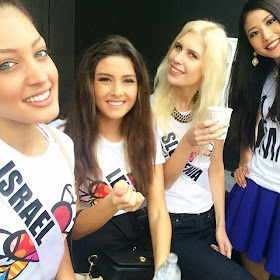 A scandal in the Miss Universe pageant!

Miss Lebanon Saly Greige defended herself against accusations that she posed for a selfie with Miss Israel during the Miss Universe contest currently being held in Miami, saying Miss Israel Doron Matalon photobombed the picture.

Photos circulated on social media in Lebanon showing Greige surrounded by the beauty queens of Israel, Slovenia and Japan caused uproar in Lebanon. Lebanon and Israel are enemy states and any contact with the Jewish state is illegal in Lebanon.

According to El-Nashra fan entertainment website, Greige defended herself on social media saying Matalon photobombed a picture she was taking with Miss Slovenia and Miss Japan and later on posted it on social media.

“From the first day I arrived at the Miss Universe pageant I was very careful not to take any pictures with Miss Israel, who tried repeatedly to take pictures with me,” Greige wrote. “While I was preparing with Miss Slovania and Miss Japan to get our photograph taken, Miss Israel jumped in and took a selfie with her phone and posted it on social media.

“This is what happened,” she added. “I hope you continue supporting me.”

Greige, a brunette with green eyes, was crowned Miss Lebanon during a ceremony in October. After the selfie with Miss Israel was circulated some Lebanese asked that Greige be stripped from her title for mingling with the citizen of an enemy state.

Can you imagine! Miss Israel wanting to have her photo taken with he neighbor Miss Lebanon! Poor Saly, being forced to guard against that nasty Israeli contestant chasing her all around Miami! She really should have put out a restraining order. How low will these Israelis go, anyway?

(I admit to being a little confused, because if this image is a selfie, the only person who could have been holding the camera is Miss Israel. yet Miss Lebanon is smiling and looking at her camera. I also confess confusion as to how one can "photobomb" their own selfie. But I'm sure that somehow this is just more evidence of Miss Israel's evil plot, to fool Greige into smiling against her will into a camera she doesn't want to look at with this nefarious scheme.)

Oh, but the Israelis can go ever lower - by going higher!

The contestants were told to paint images about their countries on a wall outside artist Romero Britto's studio.  Look at how Miss Israel, who is quite tall, insists on placing her painting higher than everyone else's - and deliberately higher and larger than Miss Egypt's pathetic attempt! 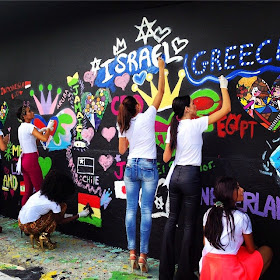 Jewish exceptionalism is on display as her Star of David towers over the competition. 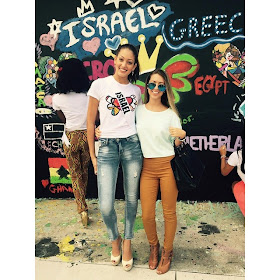 No doubt, Miss Egypt only had time to scrawl "Egypt" on the wall before Miss Israel rudely barged in and forced her to flee for her life rather than risk having a photo taken of the two of them near each other. Which would naturally result in death threats from her countrymen. How inconsiderate of Miss Israel to put her Arab neighbors through such hell! She should accept the wonderful diversity of Arab culture where threats against people who photographed near Jews is a time honored tradition.


UPDATE: Bob Knot found another crazy photobombing, where Miss Israel rudely jumped in to a photo that Miss Egypt was posing for and aggressively forced Miss Egypt to put her arm around her and smile! The depths that these Israelis go to! 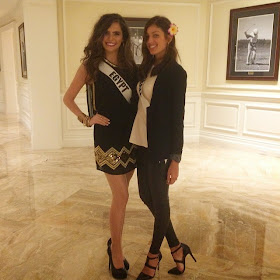 Matalon was also photographed with Miss Egypt, but it was apparently a one-time event. Egypt's representative, Lara Debanna, was reportedly instructed by "higher up" to keep her distance from Matalon, and to avoid being photographed with her under any circumstances.

"We took a group picture with Miss Slovenia, Miss Japan, and Miss Lebanon," said Matalon. "She must have received criticism from fans in Lebanon after I uploaded it, and now she will not stand next to me in any situation, and now Miss Egypt is behaving the same way."

"It's a shame that we can't set all the hostility aside just for the period of the competition," Matalon said, adding that she was not surprised by the development. "We really have a rare chance to meet girls from all over the world and hear about their different cultures." 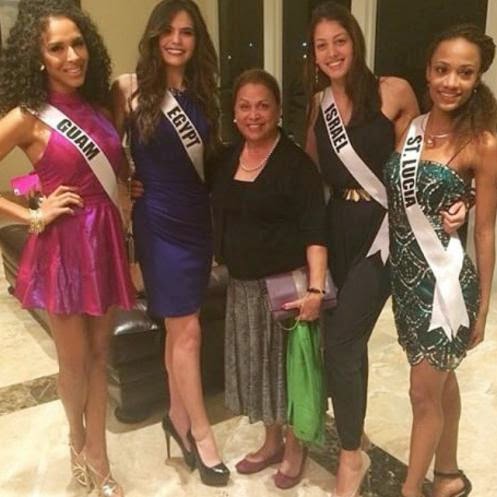 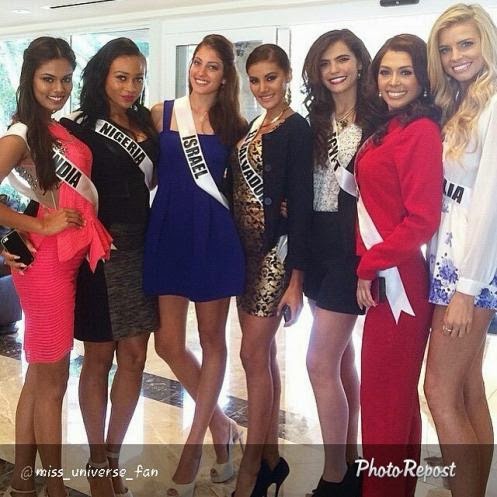 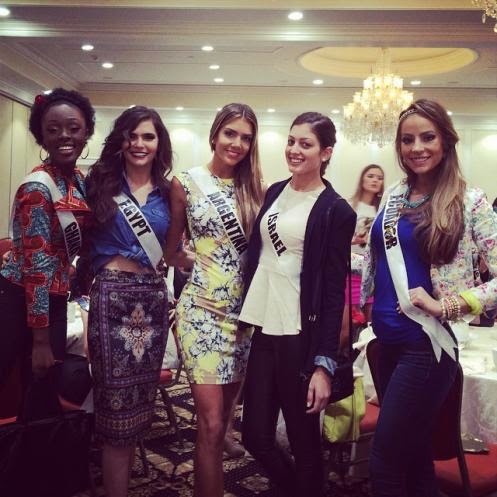