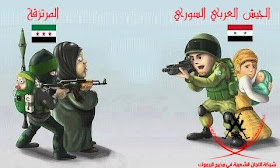 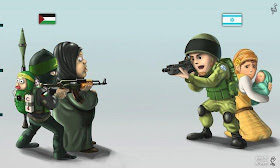 This has also been a recurring cartoon theme for years in Israel; for example, this:

The irony of Syria, a state that has supported terror since the 1950s, complaining about terrorists hiding behind babies is almost too obvious to mention.