Female prisoner swapped for Shalit tries to set herself on fire 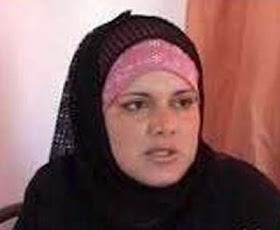 Freed prisoner Abeer Awda, 30, attempted to burn herself on the lighthouse roundabout in downtown Ramallah, in protest against the difficult economic conditions and the laws adopted by the Palestinian government on tax and price hikes.

Palestinian police Palestinian at the scene prevented her self-immolation after she poured gasoline on herself.

Awad is an officer in the National Security Service for the Ministry of Interior in the Palestinian government in Ramallah, after she was released in the prisoner exchange deal between Hamas and Israel for the soldier kidnapped by the Palestinian resistance in Gaza, Gilad Shalit.

I think it would be much more effective if hundreds of the terrorists swapped for Shalit all decided to set themselves on fire simultaneously.

Now, that would be a progressive protest!
Elder of Ziyon at Thursday, September 20, 2012
‹
›
Home
View web version