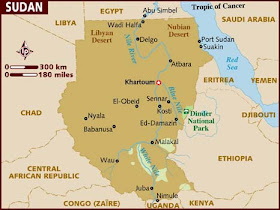 The Israel Air Force recently struck two vehicles in eastern Sudan that were smuggling Iranian weapons to Gaza, according to Sudanese media reports published on Sunday.

Sudanese government and army officials have denied that any such attack occurred, and Israeli officials were remaining mum on the reports.

According to Sudanese newspaper Al-Intibaha on Sunday, quoting sources from local tribes who witnessed the attacks, the first IAF strike took place about 10 days ago, targeting a convoy of six Land Cruiser SUVs. Four people were killed and two cars were completely destroyed, the report said.

The second attack, according to the newspaper, took place last Sunday, hitting a Toyota and killing everyone in it. The people in the car, however, were reported to be "gold seekers" and not arms smugglers.

Another local report on the attacks, appearing in the Sudanese Al-Rakoba newspaper, claimed that Israel Defense Force soldiers onboard two Israeli Apache helicopters disembarked on an island off the coast of Sudan, wandered around the island, and then left on the helicopters without Sudanese security forces being able to intercept them. In contrast to the Al-Intibaha report, Al-Rakoba claimed that the attacks occurred in late November.

The Sudanese newspapers said the targeted vehicles were travelling on a path known to be a Hamas smuggling route: from Port Sudan, where ships carrying weapons from Iran are unloaded, continuing along a western route heading to Egypt and into the Sinai Peninsula, and finally entering the Gaza Strip.

Despite the detailed report, Sudanese government officials were quick to deny penetration of Sudanese airspace by foreign elements. The Sudanese army spokesman also claimed that he had no information regarding such an attack, calling the reports "rumors."