One of the well-worn memes of the anti-Israel crowd is that Israel is only offering 14%, or 12%, of "Historic Palestine" to the Palestinian Arabs. For example, here is a small sample of how the phrase has been used in recent days:

What remains to the Palestinians now is less than 14% of Historic Palestine, all of it as isolated Bantustans, shrinking ghettos, walls, fences, checkpoints with surly soldiers,and the perpetual encroachment of expanding illegal Israeli colonies.

[In 1948 Israel] stole 78% of historic Palestine as the first step toward seizing it all for exclusive Jewish use.

And the Guardian defines "historic Palestine" for us:

[Islamil Haniyeh's] defiant rhetoric celebrated the movement's 22nd year, pledged never to recognise Israel and claimed the whole of historic Palestine for the Palestinians. "Palestine from the sea to the river, we won't surrender it," he told the crowd.

So does the PLO on its new US Mission website:

The problem is that historical Palestine never looked like this, unless your concept of "history" starts after World War One. This is a historic map of the Western-designed British Mandate for Palestine since 1922 or so, not in any real sense "historic" (more properly, "historical.")

Here is what Palestine looked like in a few random maps from before the British Mandate: 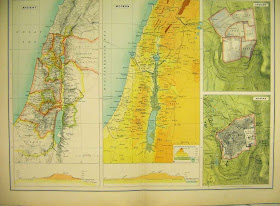 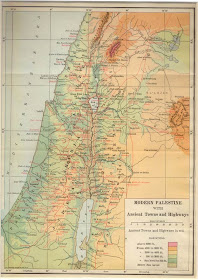 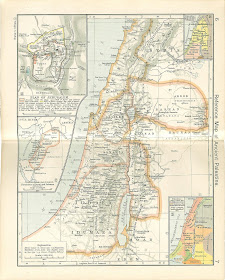 The Negev region is almost never included, and significant parts of today's Jordan are. (Egypt claims that Eilat is part of its own historic land.) The Jordan River is never a boundary for any conception of Palestine before the dissolution of the Ottoman Empire.

The question that no Palestinian Arab or supporter has yet answered is why their claims always coincide with the parts of Palestine that are under Jewish rule, and not the parts that are under Arab rule? Why did the PLO in 1964 explicitly exclude the West Bank from its desired nation? Why doesn't Hamas today say that parts of Jordan should be within the boundaries of the state they demand?

If "Palestine" is so important to them, why don't they claim it all? Why do they accept the arbitrary, imperialistic Western division of their "historic nation" as a basis of their supposedly ancient historic claims?

The answer is simple - they don't care about historic Palestine. They care about the ultimate destruction of any Jewish state on what they consider Arab or Muslim land. All of the rhetoric about "historic Palestine" is a lie that is meant to mislead the West.

From the Guardian link mentioned above, it is a lie that has been extraordinarily successful.