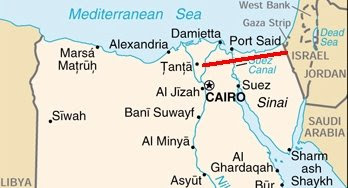 The latest Zionist crime: stealing water - from the Nile. The crafty Jews have managed to dig wells from the Negev, through the entire Sinai and past the Suez Canal in order to steal precious Nile water, according to unnamed "human rights" activists. Some six conduits of water are alleged to have been built under the Suez Canal. Their estimate is that Zionists are prepared to steal some 3 billion cubic meters of water to irrigate the Negev.

Islamic Jihad claims to have uncovered a "network of collaborators" in Gaza. People accused of "collaboration" with Israel have historically been killed but there have been no reports of any deaths for that reason over the past few months despite regular reports of such discoveries. It is entirely possible that Hamas and Islamic Jihad have found ways to murder people without anyone finding out.

Palestine Today reports that Doctors Without Borders has finally commented on the doctors' strike in Gaza. (I couldn't find anything about it on the actual MSF website.) According to this report, the organization blames both Fatah and Hamas for the reduction in medical services in Gaza and Hamas' systematic abductions and beatings of doctors is only mentioned in passing as not helping to alleviate the situation.

Meanwhile, more doctors are being abducted by Hamas and others forced to work at gunpoint. Also being targeted are female health care workers.

The latest seizure of bad food in the West Bank was a shipment of expired dates that was infested with bugs. Of course, it came from "settlements."
Elder of Ziyon at Monday, September 08, 2008
‹
›
Home
View web version