In a telephone interview with Ynet on Wednesday, Booth slammed Israel's policies and called Gaza "the largest concentration camp in the world today. I was startled the Israelis agreed to this.”

Despite her current predicament, Booth said she has no regrets. "My children are the ones who are suffering, because I'm being prevented from leaving and they can't see me. I don't regret it, because I wanted to come here and help these children who are suffering on a daily basis," she said.

Apparently, her children miss her but she doesn't miss them too much. 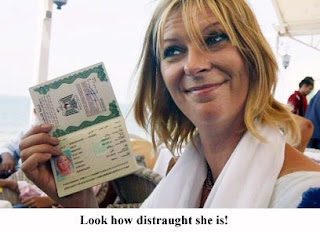 When asked about Israel's right to respond to incessant attacks emanating from Gaza, Booth evoked Holocaust-related rhetoric. "There is no right to punish people this way. There is no justification for this kind of collective punishment. You were in the concentration camps, and I can’t believe that you are allowing the creation of such a camp yourselves.”

“The Palestinians’ suffering is physical, mental and emotional," she went on, "there is not a family here in which someone is not in desperate need of work, shelter or food. This is a humanitarian crisis on the scale of Darfur. "

Indeed, I have photographic evidence of the terrible conditions these concentration-camp inmates have to suffer through.

On the very same day that Lauren Booth gave this interview, Islamic Jihad held their annual Iftar breakfast for journalists south of Gaza City in a restaurant. Palestine Today covered the event.

Note the distended stomachs, the threadbare clothing, the suffering faces, and the awful humanitarian conditions that these brave Gazans are forced to survive in, day in and day out: 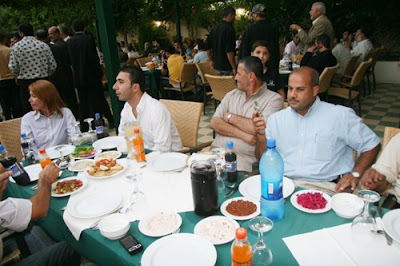 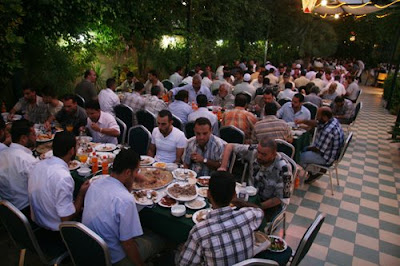 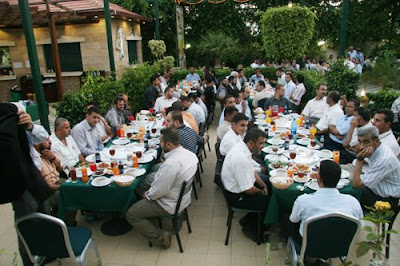 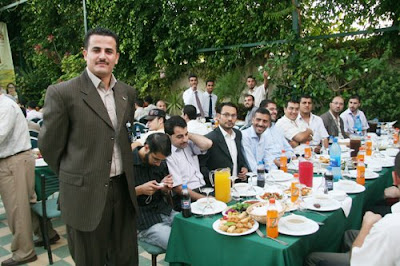 I don't know about you, but when I first saw these pictures the very first word that came to my mind was "Darfur!"

I was so surprised to find out that the deplorable conditions seen in these pictures did not take place in sub-Saharan Africa or in a Nazi concentration camp.