The REAL statistics of those killed in Gaza 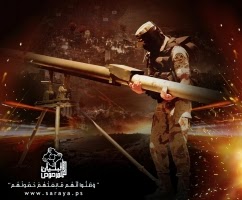 The truth is that the number of casualties, and the percentage of civilians among the dead, comes exclusively from Palestinian sources. Israel only publishes its version of the body count — which is always significantly lower than the Palestinian account — weeks after such operations end. Meanwhile, the damage to Israel’s reputation is done.

For Operation Protective Edge, the only data published so far comes from the health ministry in Gaza. This ministry is run by Hamas, therefore rendering the number of casualties and injuries it reports more than unreliable, said Maj. Arye Shalicar of the Israel Defense Forces Spokesperson’s unit. “Hamas has no shame about lying. We know they’re a terrorist organization that makes cynical use of casualty numbers for propaganda purposes. You can’t trust a single number they publish.”

And yet, the figures from the Gazan ministry are routinely adopted, unquestioned, by the United Nations. “According to preliminary information, over 77 per cent of the fatalities since 7 July have been civilians, raising concerns about respect for international humanitarian law,” states a situation report published Tuesday by the UN Office for the Coordination of Humanitarian Affairs. Once given the stamp of approval of such an important body, these numbers are quoted everywhere else.

While the IDF does not publish their statistics in a timely manner, the Meir Amit Intelligence and Terrorism Information Center does. They use similar methods that I and my team used in 2009 when we exposed the lies on casualties from Cast Lead.


In order to ascertain who was killed and whether the victim is a terrorist or a civilian, the center’s staff looks up their names on Palestinian websites and searches for information about their funerals and for other hints that could shed light on a person’s background.

Foe example, when they are referred to as "mujahadin" in terrorist supporting message boards, or if there are photos of them in terror gear and with weapons.

So here are the most accurate statistics as of Tuesday at noon:


According to (initial) ITIC information, the distribution of those killed is as follows:
1) 72 terrorist operatives:
A. 35 Hamas operatives(most of them from its military-terrorist wing)
B. 27 PIJ operatives
C. Ten operatives from other terrorist organizations
2) 80 non-involved Palestinians
3) 41 Palestinians whose identity still cannot be ascertained.

Of the victims that are known, nearly half are confirmed to be terrorists. This is roughly in line with what we saw during Cast Lead, a 1:1 ratio of terrorist to civilian, a ratio that is unknown in any other military operation in urban areas in history outside Israel.

It is outrageous that NGOs trust the Gaza authorities, who have been proven liars time and time again, for their information.

Here's an example of "civilians", as reported by Ma'an:


When their next-door neighbors received a "warning call" from Israel to evacuate a home in Jabaliya refugee camp, Yousef Qandil and his son Anas fled their property, fearing that they could be killed or injured by shrapnel.

Both men took refuge under a tree near the site, awaiting the imminent airstrike which they expected to hit the house, or neighboring properties.

Yousef had already sent his wife and younger children to their parents' house to protect them from harm.

Moments later, both Yousef and Anas were killed in an airstrike that targeted a group of Gazans sheltering under a tree for protection.

"Anas was a high school student and Yousef was a tailor. What threat or danger were they to Israel sitting under a tree?" Yousef's brother told Ma'an.

Yet Islamic Jihad says that Yousef was a leader in the Al Quds Brigades and that one of the others killed with him, Sweilem Mohammed, was also a mujahid. And so was his 17 yer old son Anas, who his father did not send to safety with his younger children but took with him to meet with other terrorists.

This is proof that you cannot trust the information that comes from Palestinian Arab sources with a vested interest in inflating the number of civilians.